TOP 3 WAYS TO BROADEN THE HORIZONS OF IMAGINATION TOP 3 WAYS TO BROADEN THE HORIZONS OF IMAGINATION

Not rarely creative people face burnout problems or suddenly lose their inspiration. Perhaps when you look at prominent photographers, directors and artists, you wonder how they get so many ideas and creativity. It seems that their imagination has no limits, but everyone has their secrets.

In this article, we have collected information with unusual tips on how to unlock your creative potential and broaden horizons of your imagination.

Certainly  we all have heard about yoga, meditation practices, calmness and so on. For many people it works, for many-not, but transcendental meditation is a more specific way because it is focused on people who work exactly in art sphere. Great and famous producer David Linch in his book “Catching the big fish: Meditation, Consciousness and Creativity” tells the story of his success, pointing out the role of transcendental meditation as every day quickly routine which has helped him to catch a creativity fish in his subconscious. In his book he is telling us that it is enough to spend 30 minutes per day (15 in the morning and 15 in the evening) relaxing and repeating mantra in your head. Sound easy, doesn’t it? He claims that after such practices our subconscious starts to produce ideas on the surface of our minds. More and more famous people start to mention this practice, for example recently Russian word-famous model Irina Shayk in her interview to Russian Vogue share her experience of transcendental meditation.

Matthew Jordan Smith, one of the most famous beauty, fashion and celebrity photographers in the United States, once said that under no circumstances should you be deprived of the opportunity to go somewhere. It doesn’t matter whether it’s an exhibition you don’t want to attend or a concert you’d rather miss, even if you get paid to attend. The reason for this is simple – ideas come through learning. When your mind is open, you never know what will trigger a crazy and amazing idea – it could be a haircut by a vocalist, or a work of art you have seen at an exhibition that you don’t know at all. Doubtlessly, it seems impossible sometimes to get out your bed when you are depressed or have an apathy but you need to put all  your efforts and make you go somewhere, doesn’t matter if you will go alone or with someone. The aim is to see something new. And new is a source of inspiration.

Many scientists examine the impact of sleep on the people’s brain and there are a lot of different sleep techniques which are aimed to improve different of mental activity. As we see many artists created a particular way of sleeping and they used their ability to see the dreams correctly. Artist Salvador Dali began to draw in half-asleep immediately after waking up, also in the middle of the night, so as not to lose the images seen in his dreams. Also there is a theory that Da Vinci was a adherent of the so-called polyphase sleep. He used to work a few hours and then go to bed for 20-30 minutes.The sum total was only a few hours of sleeping a day.

Everything you encounter in your dreams is your subconscious with your cockroaches and beliefs. Maybe you should find how to use it. The appropriate and unique technique of sleeping can be developed according to your internal biomechanics, of course, oversleeping or the lack of sleep has a negative effect on our imagination, but in particular sleep phases our brain starts to work in alternative way and we can benefit from this ability. 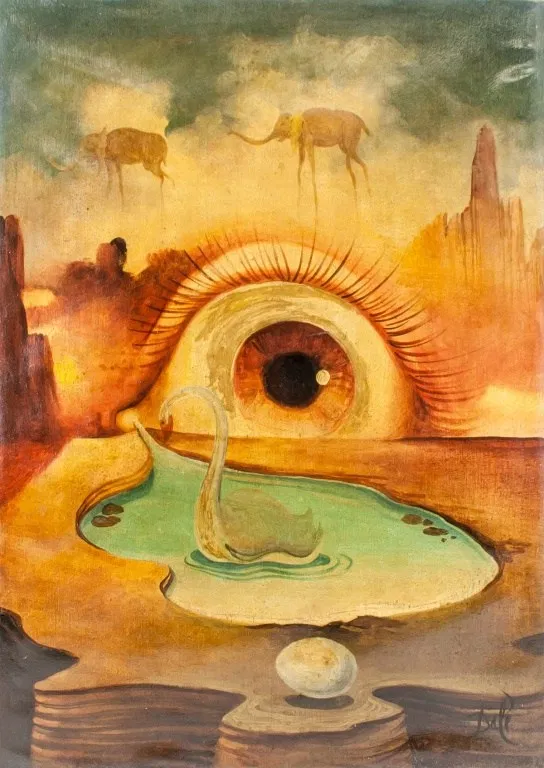 We hope that our unusual and maybe a bit odd tricks will help you to develop your mindset and broaden the horizons for imagination. Create, produce and stay inspired every moment of your life!