The law of conservation of energy is universal. Nothing disappears without the trace, nothing perishes eternally. A decision to step back from the industry or the position might come as the end of one road… and the beginning of the other. Feeling open to new experience, new people, and new ideas is essential for keeping artistically fit and just happy. The same I wish to you. Follow the example of the recent Art Digest’s characters and get creative wherever you go.

Taking the position of Dior Homme’s creative director for 2 years, Kim Jones has engaged the brand into a number of interesting collaborations, such as those with a designer and a graffiti writer Kaws, a sculptor Daniel Arsham, and an illustrator Hajime Sorayama. The creative tradition should certainly be continued, this time with the name of Kenny Scharf, American street artist, arriving on the list. On December 8 check the brand’s website to discover the new pre-fall Dior x Kenny Scharf menswear line (no official opening, alas, due to the COVID-19 restrictions).

The history of the East Village scene, NY’s art community, flourishing in the 80s, would be incomplete without a reference to Kenny Scharf’s figure. Rubbing shoulders with Andy Warhol, Julian Schnabel, Keith Haring, and Jean-Michel Basquiat (and being close friends with the latter two), he contributed to the evolution of New York’s artistic landscape in the 80s, making it more informal and figurative. Kenny Scharf is primarily recognized for his large-scale paintings of anthropomorphic fantastic animals as well the characters of the generally beloved animated sitcoms such as ‘Flintstones’ (premiered in 1960) and ‘Jetsons’ (initially aired in 1962). Unlike the majority of his East Village colleagues, Kenny Scharf is still alive and kicking (read: artistically active) at the age of 62. Learn more about his personality and great life experience from the interview with Dan Golden. Halima Aden steps back from fashion because of her religious beliefs

Remember us discussing Halima Aden’s appointment to Diversity Editor-at-Large in Vogue Arabia in June? Things are getting even more interesting: half a year after winning the prestigious position (tailor-made for her) and a few years of successful work in fashion under her belt, the 23-year-old model reports leaving the industry.  Somali-American Halima Aden claims feeling the need to compromise her religious beliefs while taking part in shows and shootings, which she had never found the right thing to do. Yet the revelation came during the times of the pandemic, Aden wrote on her Instagram.

Halima Aden was the first hijab-wearing woman to have conquered the fashion world, appearing on runway as well as on the covers of Vogue, Allure, Sports Illustrated etc. Spotted by international modelling agency IMG Models at 18, she took off quickly, however, it seemed to have had a price. Though recording her right to stay hijabed in the working contracts, Halima Aden had to compromise her demands: e.g. while wearing a denim band for American Eagle’s campaign or having a wrap with feathers around her neck at the shoot for Glamour (2017). Indeed, Aden hasn’t completely retired from fashion — she is open to working proposals, the ‘proper’ ones.

Capturing female nudes is not the destiny of the male gaze alone. UK-based photographer Alexandra Leese felt bored during the early weeks of the first lockdown and started off with a new invigorating project. First she tried posing for the web camera herself. No, in the way girls usually do it, explicitly seeking the attention of a viewer but just the way she liked. Later she would make video calls with different women from all over the world taking portraits of them either with her 35mm Leica or Polaroid camera.

During the period between April and October, Alexandra Leese created about 43 nude portrait shoots, all of which plus her self-image were included in her latest Me + Mine photobook. Actually, Leese’s models could recall their photographs (the idea was to do things voluntarily), but noone did that. The book printed by Push Print in London is already available for pre-order.

P.S. Buy one of the Me + Mine 350 copies and donate money to charity — all profits will be transferred to such NGOs, as the Black Trans Femme in the Arts Collective, the Trans Law Center, and the Rape and Sexual Abuse Support Centre.

It was October that Turkish-born art curator Fatos Üstek left her position as director of the Liverpool Biennial with two board members resigning in support of her. Yet it has been officially claimed the other day. Being on the job for 1,5 years, Üstek departed some 3 months before the opening of the biennial in 2021, which initially had to take place from July to October 2020 but was postponed due to the pandemic.

Such an expected departure and late announcement has to do with an internal disagreement between Üstek and the board of trustees, namely, over the scope of the former’s role within the biennial. Fatos Üstek reports feeling sad about not being able to continue leading the amazing Biennial team and shares her excitement with the dynamic city of Liverpool and gratitude for the support of her colleagues. Meanwhile Samantha Lackey, head of collections and exhibitions at Whitworth Art Gallery (Manchester, UK), has taken the position as the biennial’s interim director. 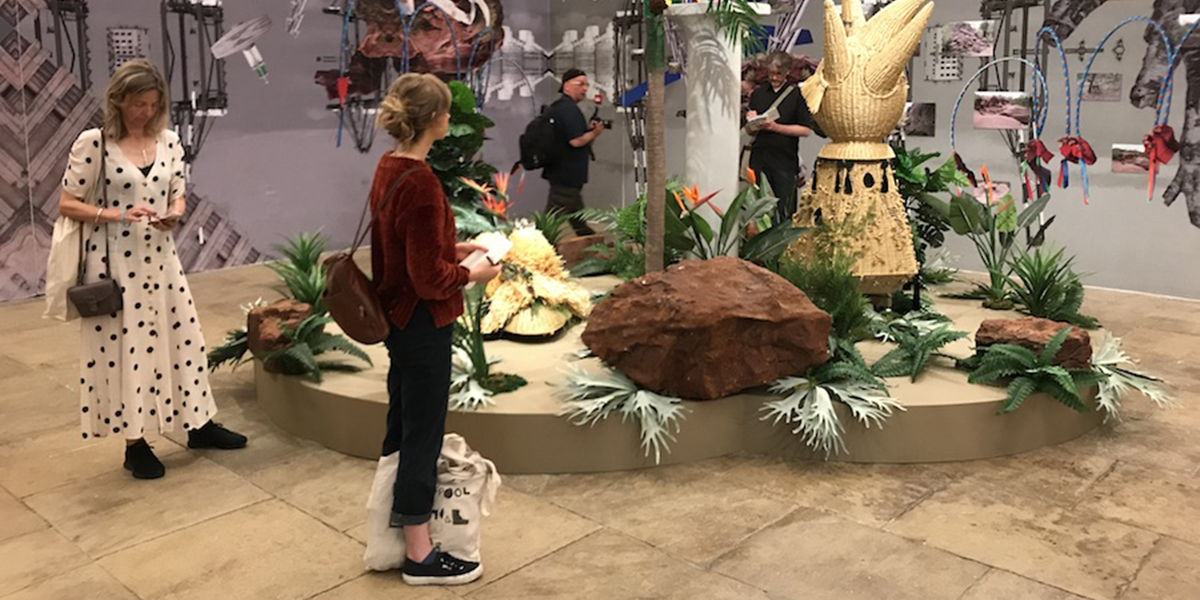 If you are London-based or, at least, have been staying in the UK’s capital during the pandemic and you have dreams at night, this opp may interest you. The Museum of London and Canada’s Museum of Dreams have joined their forces to explore the mysterious and immersive process of night dreaming.

The research project ‘Guardians of Sleep’ (named after the definition coined by British artist Lucian Freud) is to be launched in February 2021. Indeed, the organizers are looking for participants right away. Sharing what you have seen at night during the recent months might contribute to a proper understanding of dream life as a mechanism for working through social conflict and how the pandemic has affected the human condition, the museums’ representatives claim. Dreams of the chosen participants (the most pertinent ones) will get into permanent archives of the institutions, which will become clear during the discussion with a psychosocial scholar.

Interested? Email at info@museumofdreams.org to learn more and get involved.