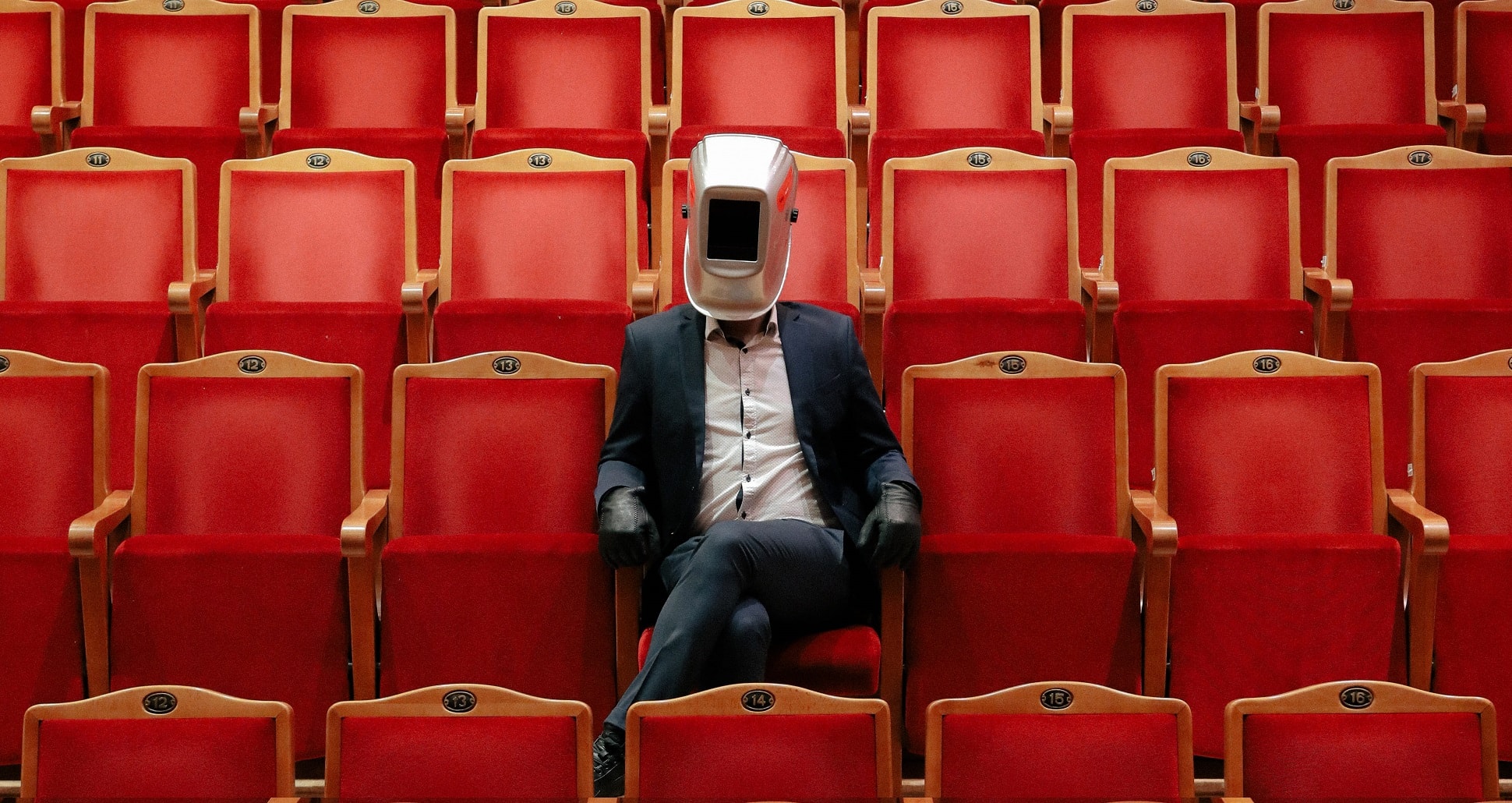 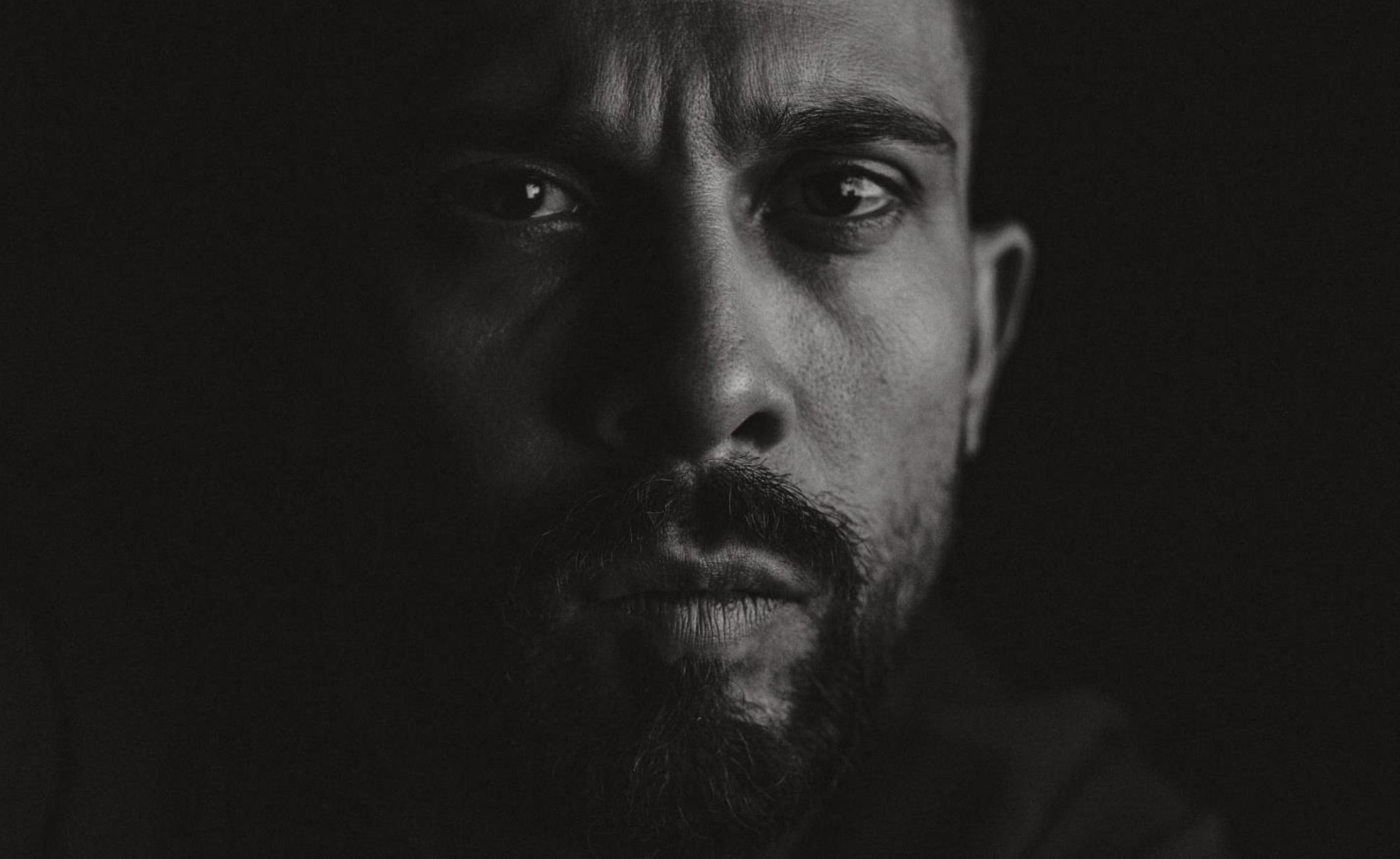 When, how and where did you study photography?

The problem is, that many take the technical side of photography as a guideline. They think that having mastered it, you automatically  turn out to be a good photographer, but it doesn’t work like that. It’s like with a guitar – many have learned to play, but, nevertheless, they didn’t become musicians. The technical side is, of course is the basis, but if you want to pay attention to you – you need to search for creativity – then you can influence the viewer, convey some information to him, show your attitude to something. You can master the technique and light using the Internet and many hours of practice, but  Alexander Medvedev *, my teacher, mentor and photographer from St. Petersburg, helped me start creating. I am still convinced that Alexander is the best in his field, at least in our country, for sure. Because most photographers who decide to teach do it superficially, or do not teach, but show you the process of their work. And as a result of such training, you do not do something of your own, but repeat the work of others. Alexander, however, relieves you of all prejudices, shakes you up and gives you universal knowledge about creativity, with which you can create your own product. With the training from Alexander, I finally learned not just to fix reality, but to create my own, transform it into my ideas. For that I will always be grateful to him.

How do you feel about the numerous memes that there are only photographers around?

I don’t feel about them anything… there are also many drivers, plumbers, etc. It’s just that people began to live better and now many can afford  a photo shoot, and demand, as you know, creates supply.

How do you define the genre in which you work?

I define it as art. Before the shoot, I devote a lot of time to preparing for it: I work on the content and idea, think over how the image will look, in general, do everything so that I can only fix the planned result on the shoot.

How can a photographer from Surgut get to an exhibition in Berlin * or to the cover of fashion magazines? (I mean your work)

Firstly – to work hard is the key to success in any field.
Secondly, today the Internet provides the same opportunities for absolutely all people. Create works that meet the challenges of the time and you will be happy.

By the way, the appearance on the covers of which magazines among photographers is considered the peak of success?

If we talk about the global scale – this is Vogue, Vanity Fair, I-D Magazine, Dazed, etc. But you need to understand that each magazine has its own concept and being printed in one is difficult to get into another … unless, of course, you are an famous photographer or you can work cool in different styles.

Why do not you move to the capital or abroad? Why Surgut?

I was born here and Surgut seems to me a comfortable city in many respects. And being in comfortable conditions rarely there is a desire to change something. If we talk about geography, I prefer living in Surgut to expand my picture of the world by traveling to different countries and cities of Russia. Although this is reflected in the photograph deplorably, because in order to get into some magazines or take part in some projects, you need to live at least in Moscow 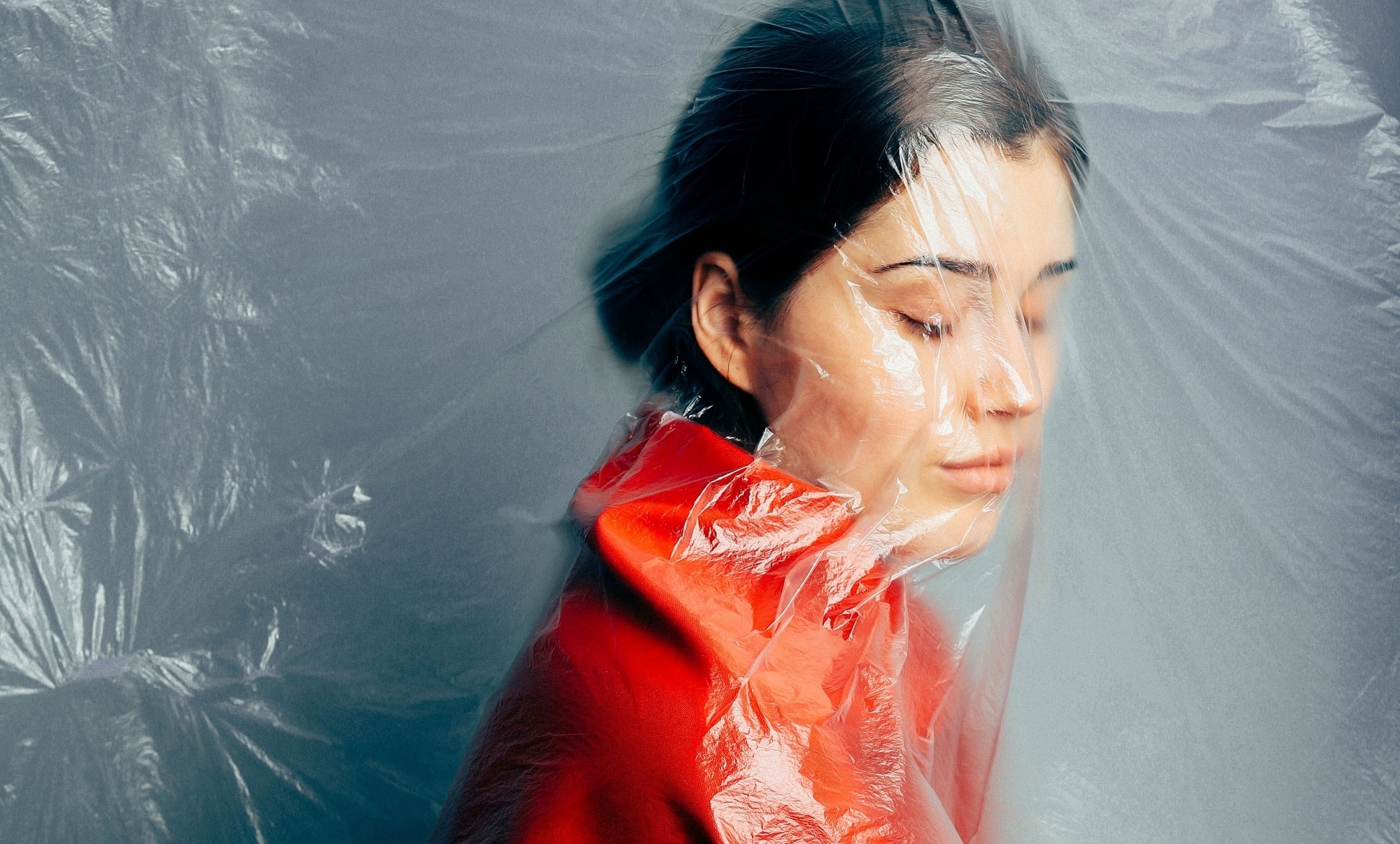 What is fashionable in modern photography now?

No gender differences, body positive – not only the pluse size, but also people with bodies and appearance, differs from the standards of beauty, plus with congenital or acquired injuries (scars, burns, etc.) basically, the concept of beauty is gradually changing. On the one hand, it’s good – we all know the standards of beauty, but we are all not perfect, when we go out, we meet one out of 10 people who may be remotely similar to this standard, but what about the rest of 9? All my life being shy of my body and appearance? To let complexes grow? It is on this that the multimillion-dollar industries are built – on complexes of people – thin lips, irregularly shaped noses, irregular oval of the face, excess weight, insufficiently expressive eyes, because the eyelashes are small, etc. But all these beauty standards were invented by people in order to earn money. And now the photo industry  is trying to gradually deviate from the standards, to show us other people whom we know and see every day on the street, at work, and perhaps even in the mirror and do not need to take this as trash.

As for the second question – the classics are eternal. Nevertheless, we do  imagine what a classic portrait looks like – it can be measured with a ruler. And you can shoot classic portraits and find your client and viewer. But the most interesting thing is,  that the work  classical becomes through a rather long period of time, and at the time of their appearance, what we call classics today created quite a bit of noise in society and was progressive at the time of its creation.

What inspires you? Which authors? Artists, perhaps?
What inspires you today – tomorrow may stop, so you must be in constant search for inspiration. I can name a few world names whose works have been around for quite some time: Paolo Roversi, David Lachapelle, Anton Corbane, Irwin Penn, Nick Knight.

Please select and describe 3 of your favorite works.
Rather, it is not work, but a series of works.

I really like a series of photos called „Without a face.“ In which I reflect on how our life would change if we all had one face? Perhaps we did not know the word racism, tolerance? Perhaps we often paid attention to the inner rather than the outer side of a person? But referring to the question more deeply, I understand that even in this case people would figure out how to divide each other into social groups …
For more than a year I have been engaged in the Metamorphoses project, the heroine of which is my wife Diana. With the help of ordinary cellophane and one person, we achieve different visual effects and different impressions. For example, in some photos it is important for me to show the fleetingness of time, in others – its course. But this is only one aspect, because the works are multitasking, for example, in the framework of the same pictures, somewhere I achieved the effect of picturesqueness, while in others I hinted to the audience about the future. 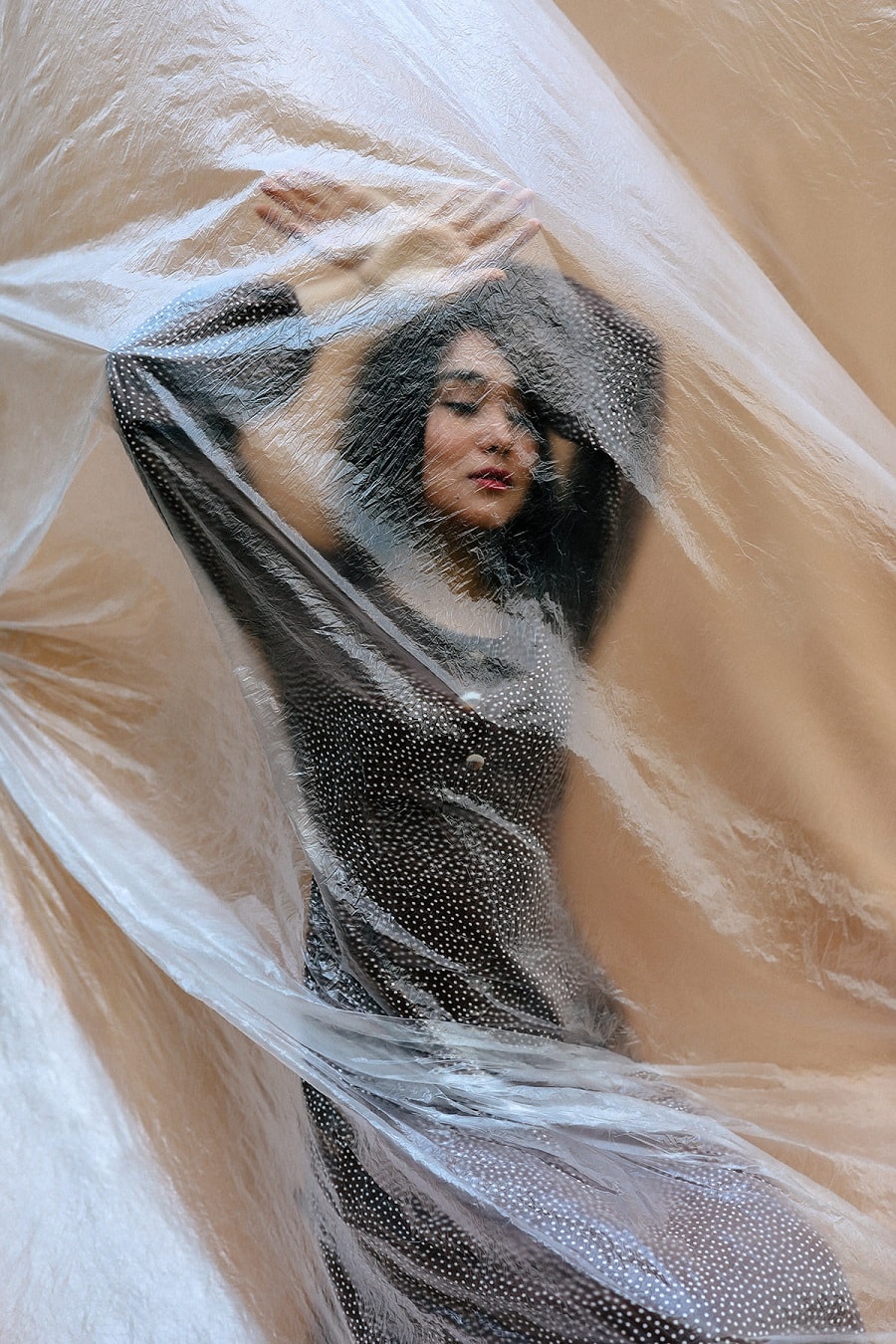 I also really like the “Proximity”  series. In which, I discuss family intimacy, which is why I found twin sisters for the shoot. And here my attention was drawn to the question of the distance that appears over time in the relations of any family – the distance between parents and children, sisters, brothers. After all, this is a very exciting moment when parents understand that there is still quite a bit and their child will begin to move away, because new interests appear, friends, etc. Therefore, here I took the twins as an image of unity, which, unfortunately, even in their case loses its strength when they enter adulthood, husbands appear and now they themselves find their own family.