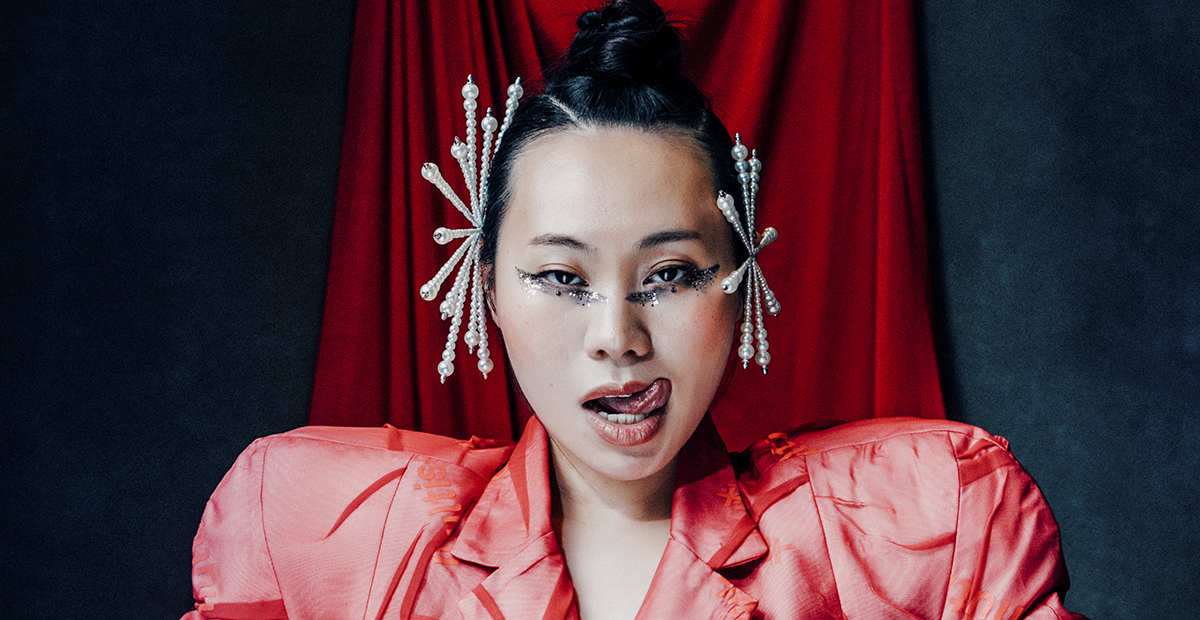 Yang Ge was born on September 7, 1988 in Beijing, China. At the age of 20, she came to Moscow for the first time; 10 years later, she became probably the best-known Chinese actress, singer, and director in Russia. In 2014, she graduated from the Russian State University of Cinematography (also known as VGIK), Sergei Solovyev Workshop, with a Drama Degree in hand.
Since 2011, Yang Ge has starred in a number of successful Russian TV shows and films, including but not limited to ‘Flight Crew’, ‘Matilda’, ‘The Conquest of Siberia’.

Since 2013, she has been a part of the Gogol Center theater, founded by the famous Russian stage and film director Kirill Serebrennikov. For personal reasons and just for work, Yang Ge is a frequent visitor to Berlin: e.g. the actress is involved in ‘Decameron’, a play jointly produced by the Deutsches Theater and the Moscow-based Gogol Center.

I took the chance to meet the actress in person and asked her a few questions, primarily about her background and her understanding of what is key to success. 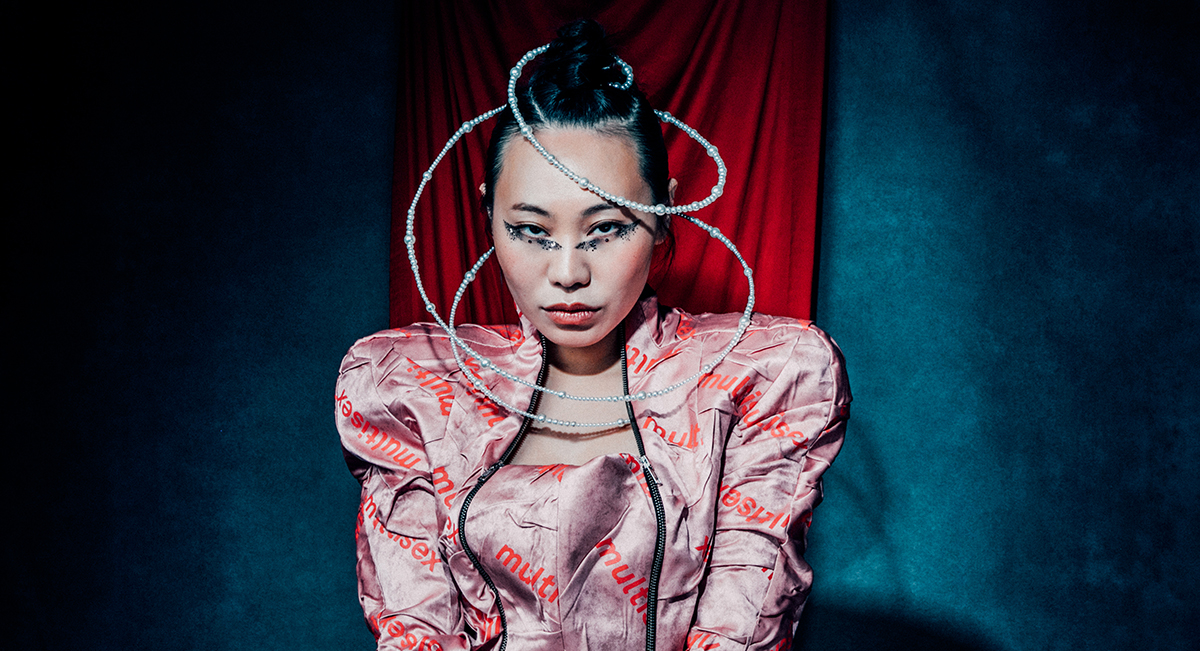 Where are you from? How does your place of origin affect your work?

Originally, I came from Beijing, China. However, I have been living in Russia since I moved there at twenty. My Chinese origin has both affected me and my work, all thanks to the rich culture of China and its traditions. Whenever I travel around the globe, I feel very special because I can always perform or do something like nobody else can. For instance, there are tiny movements in traditional Chinese dance that I usually include in my part in contemporary dance. In addition, a very typical feature of the Chinese people, which is hard work, fits me as well. All the success I have achieved so far in my career I owe to my 24/7 performance.

When did you realize you wanted to become an actress?

It was a very funny story. When I turned 20, I came to Russia for the first time, to a small town near Tula. Initially, I meant to study languages, become a translator, and work for the Chinese government. So I was moving toward that during my first year of studies. That year, I met many people from different countries who asked me if I wanted to be a translator, if it was my dream…
After I got confronted with the same question over and over again, I felt a need to ask myself who I actually wanted to be. It’s a tough question for a twenty-year-old girl without any life experience whatsoever, isn’t it?
I wrote down everything that crossed my mind at that point, then removed the most unrealistic options — it was just the word actress that stayed! Here I would like to mention a quote: ‘Never give up on something you really want. It’s difficult to wait, but more difficult to regret’.
Since that date, I have never looked back. I graduated from the Russian State University of Cinematography (VGIK, for short), with a degree in Drama eight years ago. 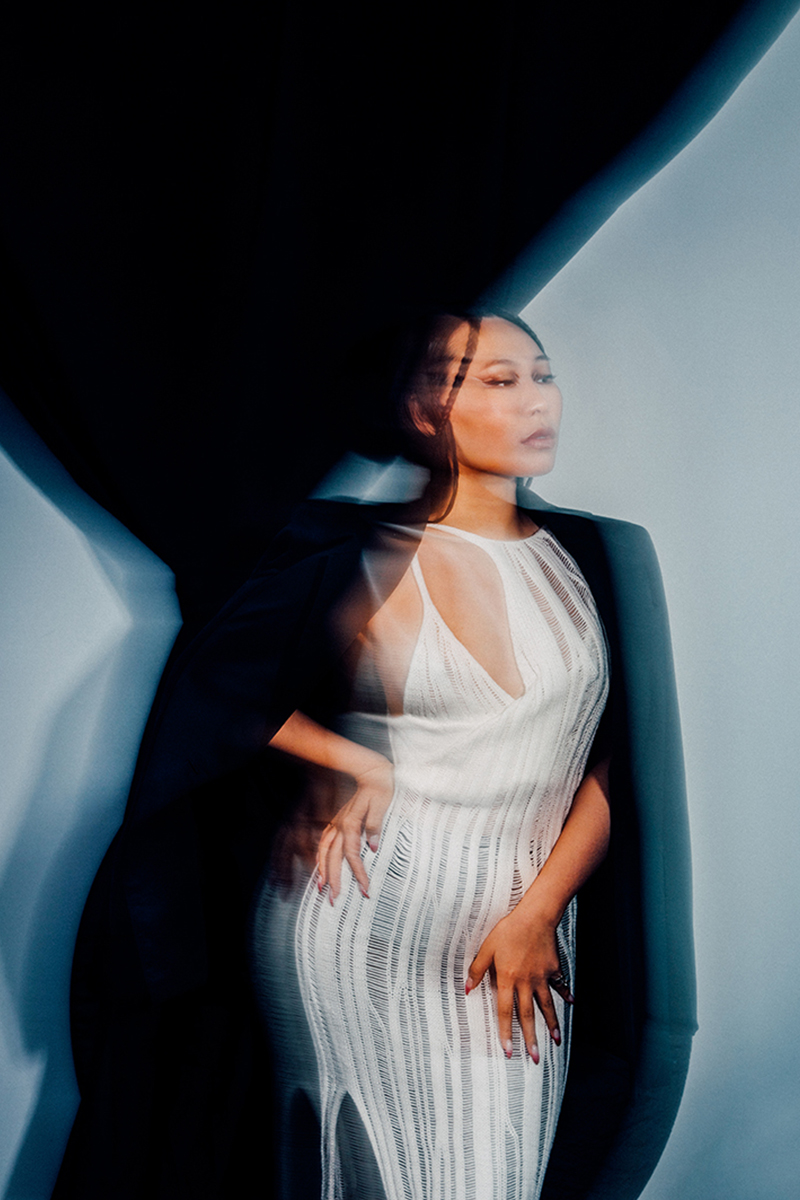 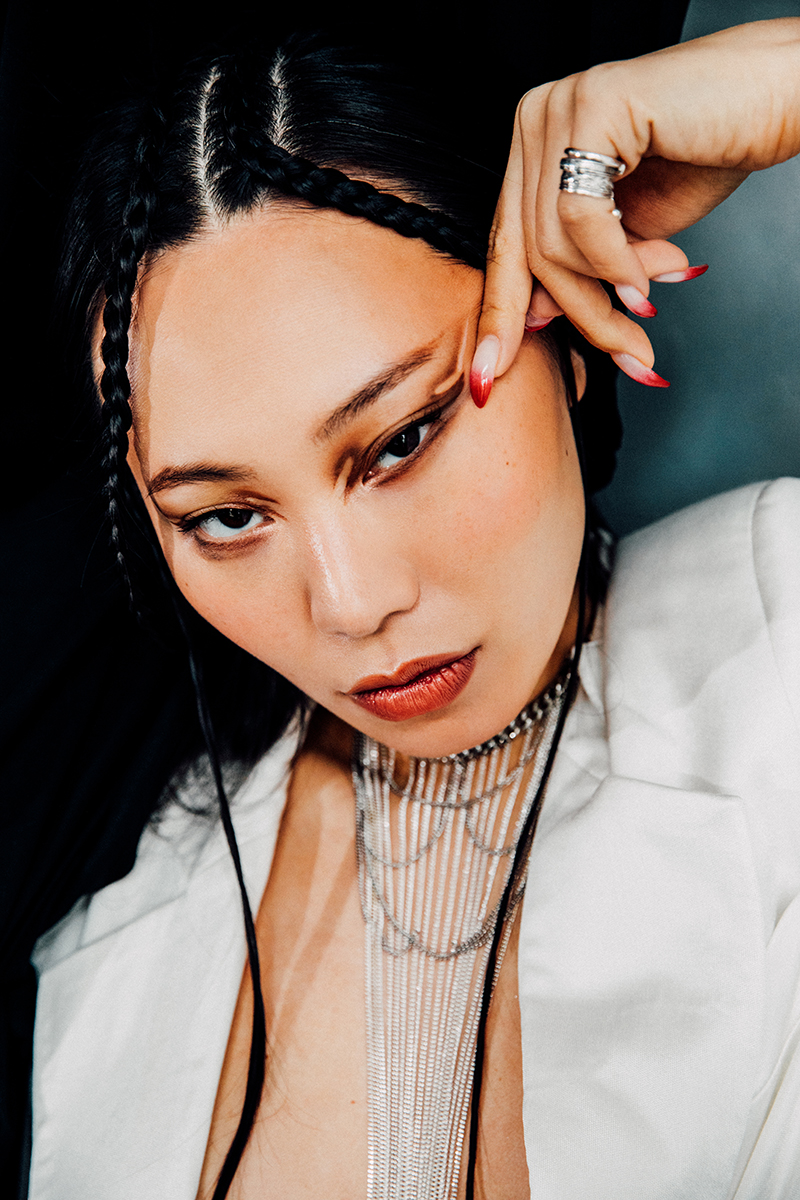 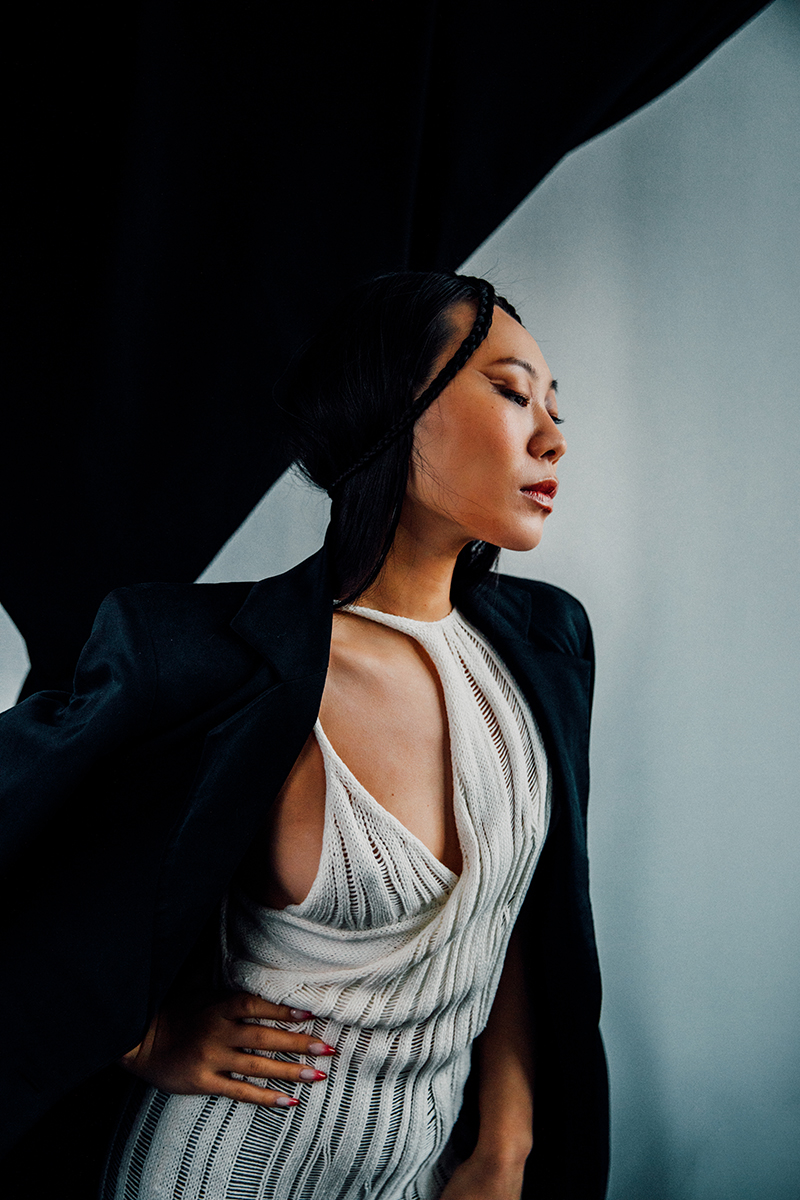 What message would you like to pass on to your fans?

The first and foremost message to my fans would be: before you make any decision, try asking yourself whether you will regret not doing it or not. If you think you will regret it, then just do it!
The second message I would like to get across is what my mom always told me: before you embark on something great, learn to be a decent human being first.
And the third message is to have no fear. You don’t need to listen to the opinions of others because they will never care about you as much as you do.

What techniques do you use to create a believable character on stage?

I always strive to base my stage characters on real-life people who I observe and examine a lot. It’s interesting to see how someone’s posture or gesture shows their emotional state. You know, being an actor, you really need to communicate with people and learn from them. 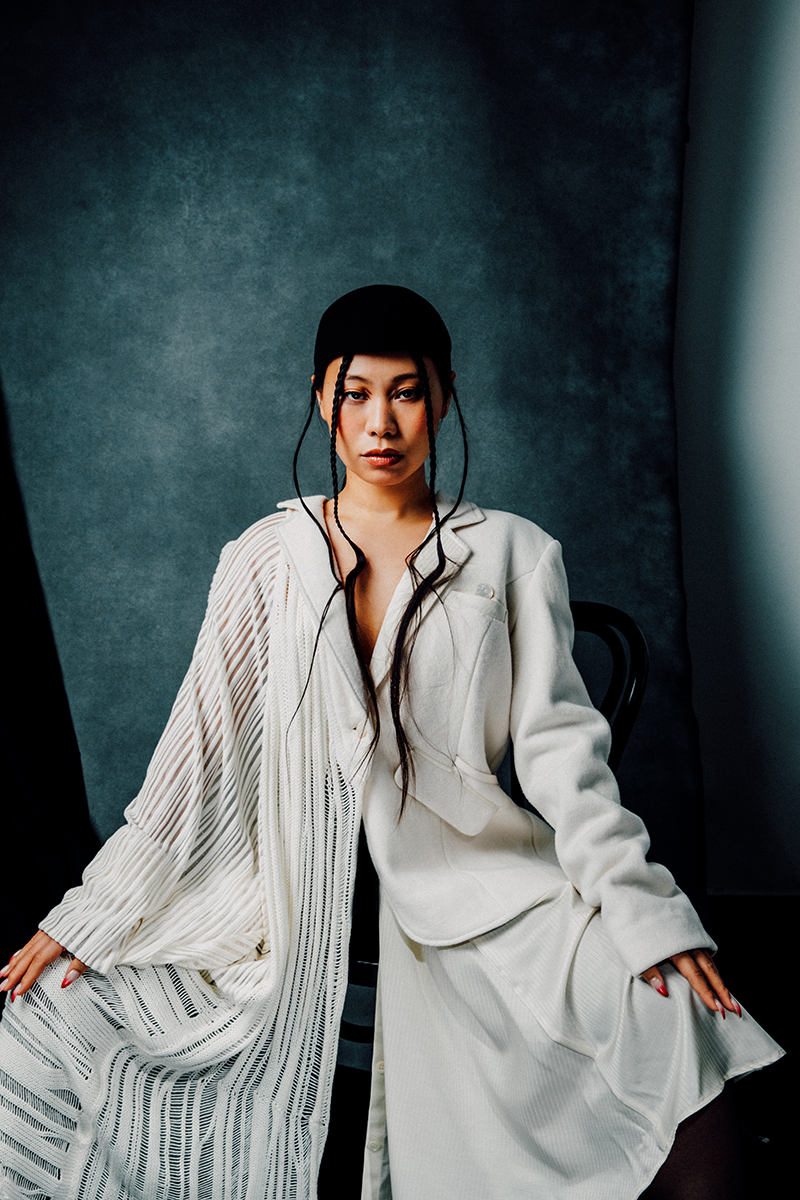 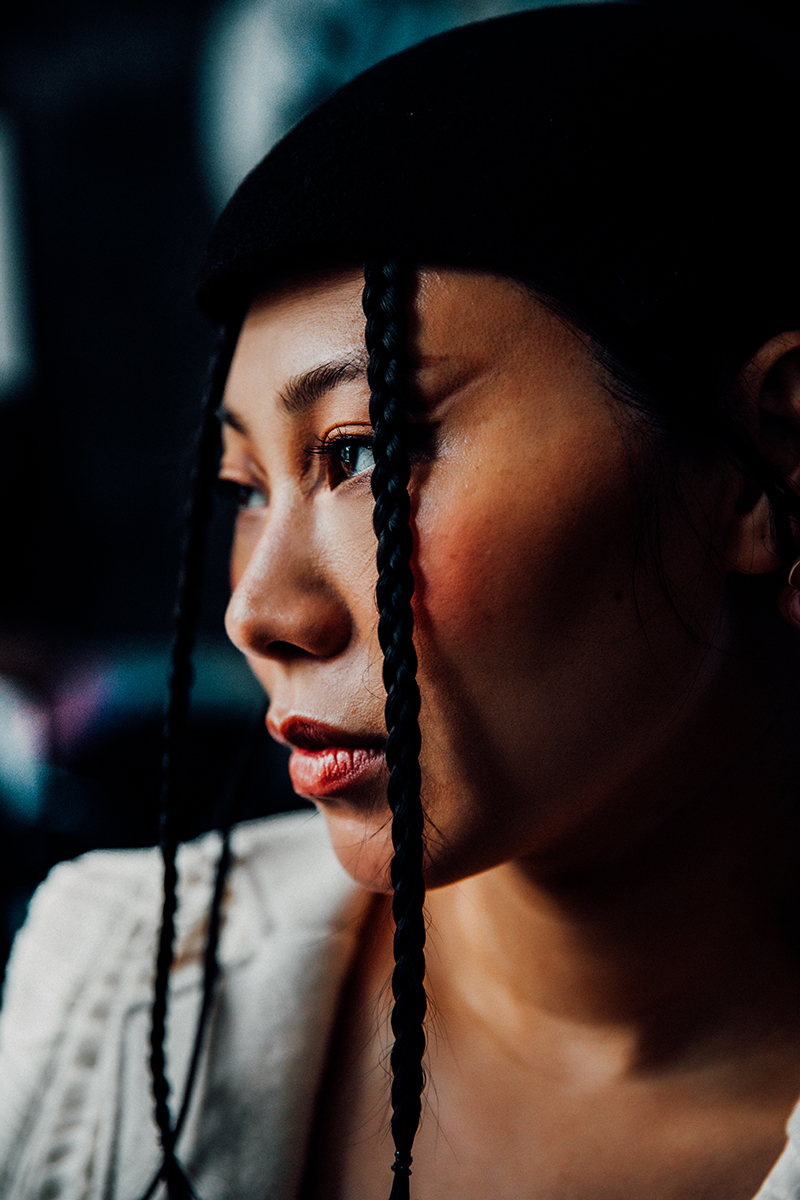 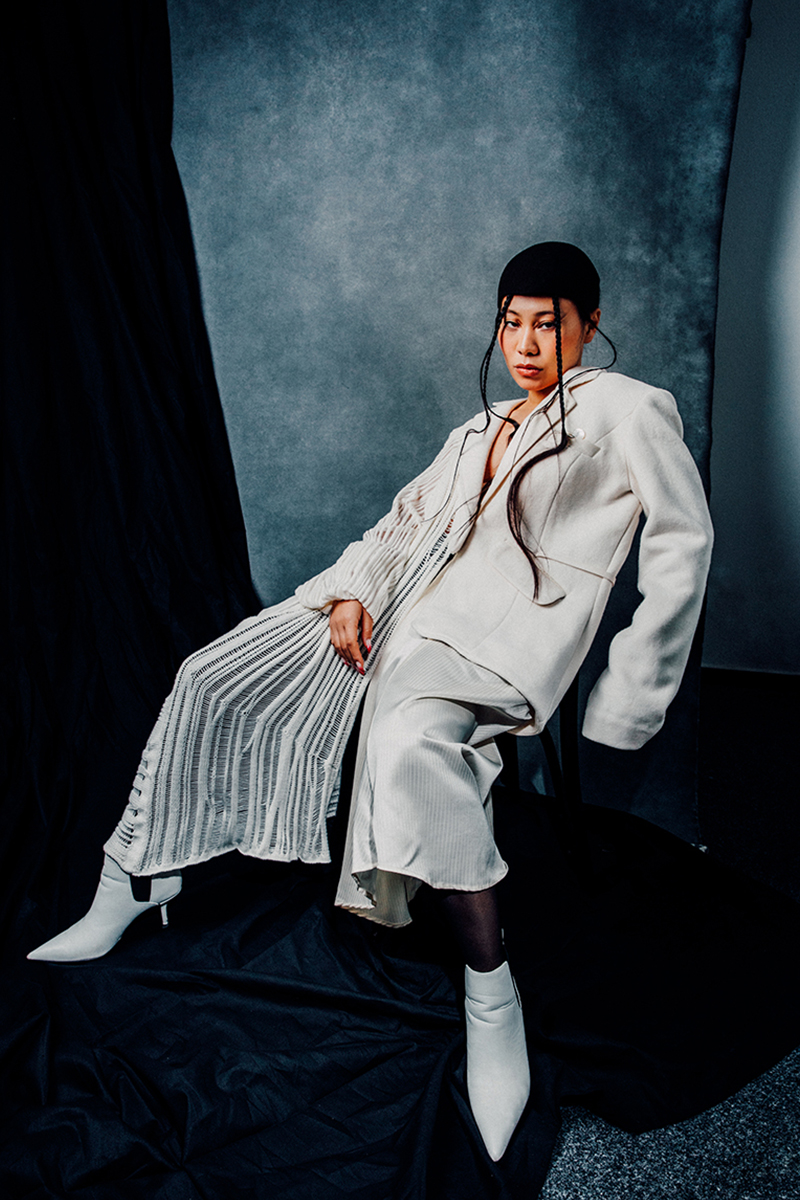 Every time I get a part, I learn something new! As an actor, you can live a few different lives in a row, playing a teenager or an old lady, for instance.

What is your source of inspiration?

It’s food. When I eat, I’m always in a good mood; thus, I gain power and energy to do things. That’s a very simple philosophy.

Please describe your creative process from start to finish. How do you stay motivated, for example, while blogging on Instagram?

You should really love what you do; otherwise, it won’t make sense. All that will be just counterproductive. 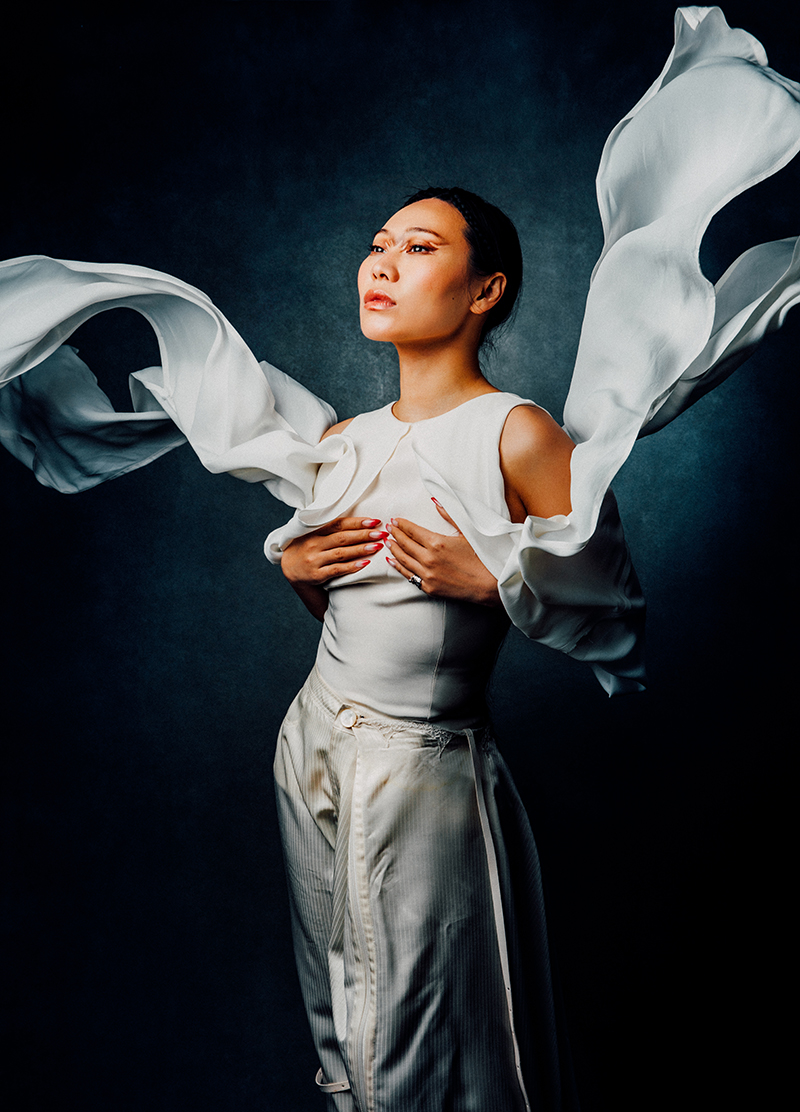 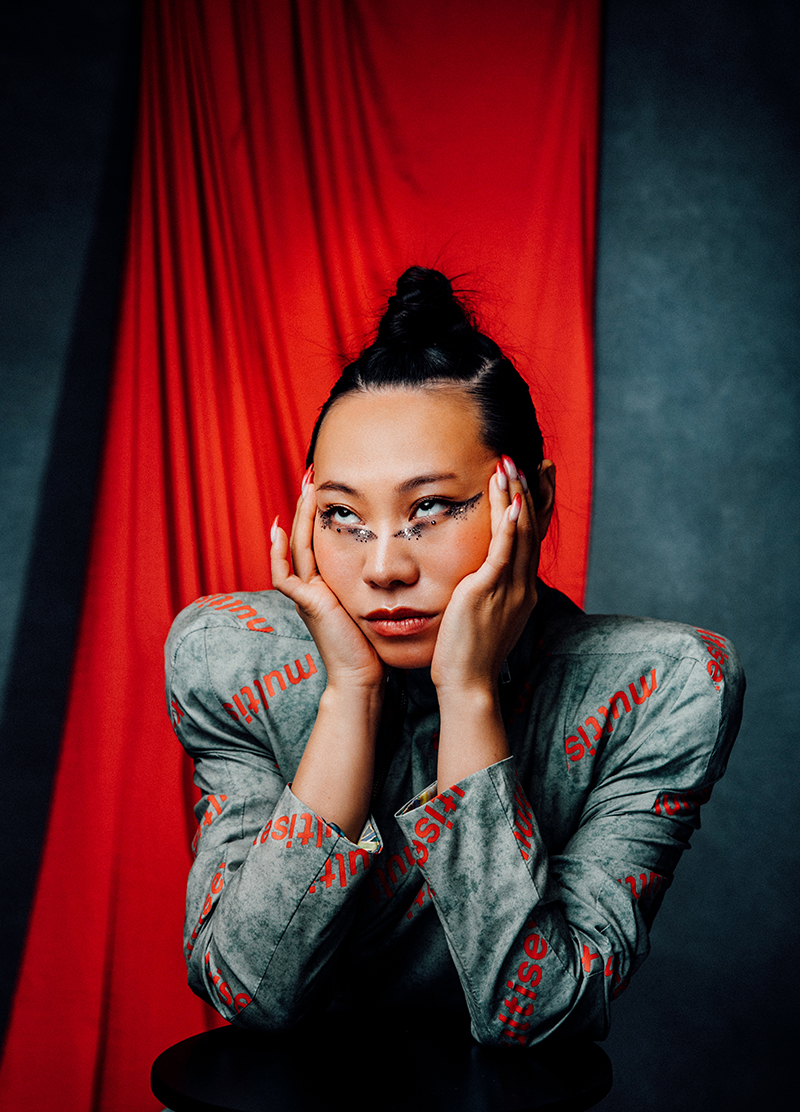 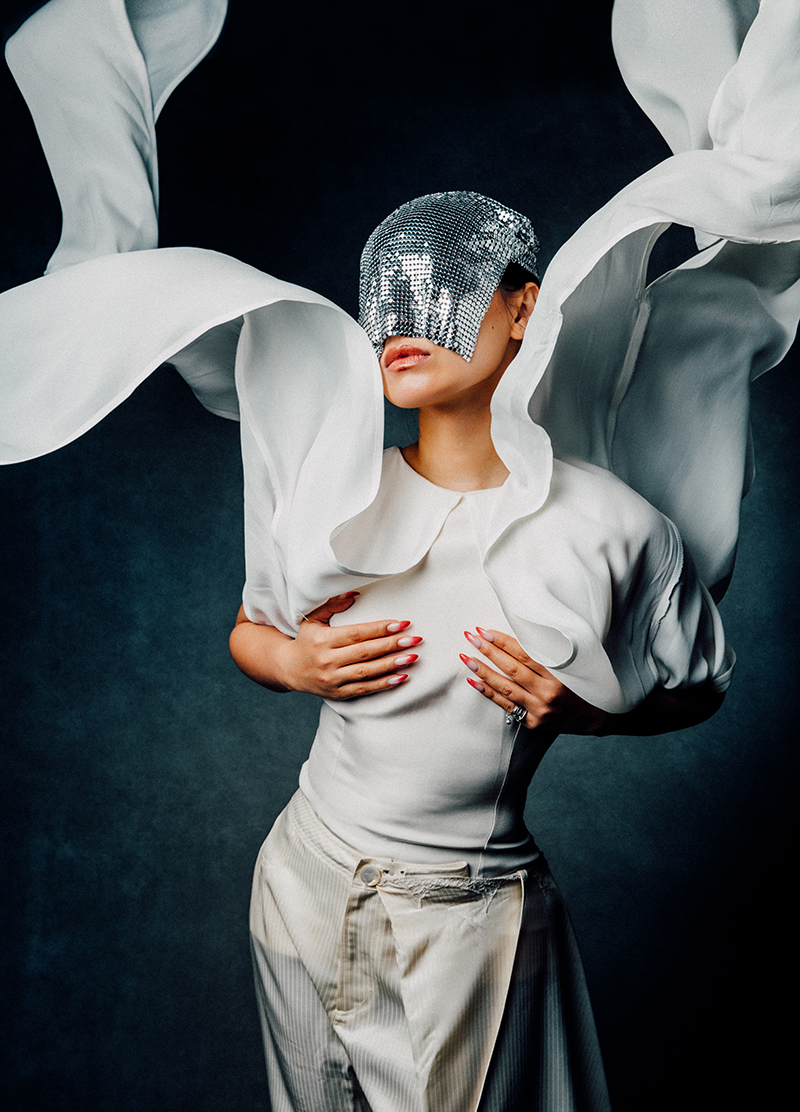 How do you deal with viewers who dislike your content?

I don’t care about their opinion because I don’t make my videos for them. Again, it’s about being decent, about respecting others and being respected in return.

Which of your video blogs has the highest viewership, and why do you think it’s so?

I guess it’s Osa & Osel on TikTok, because it’s funny! Humor is what unites people. Age, race, the industry you work in don’t matter as much, but it’s having a good laugh that really matters!

Where do you see yourself in 5 years? 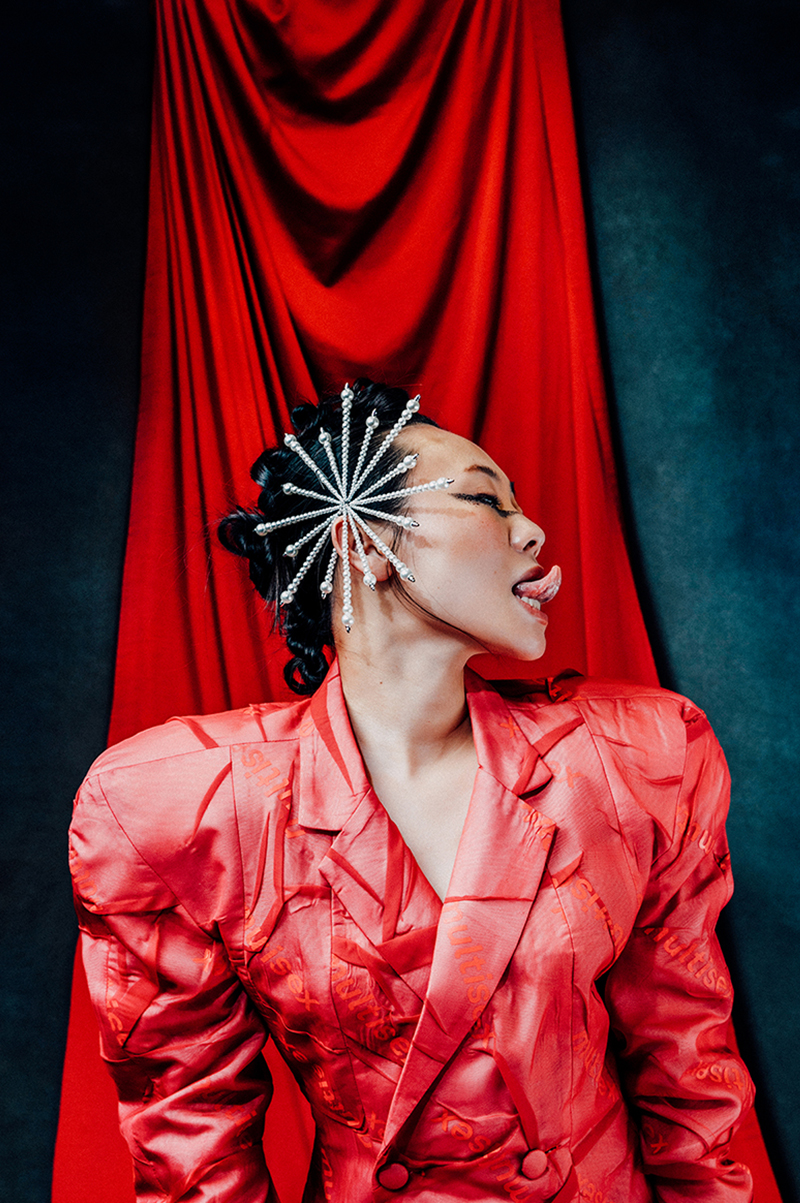 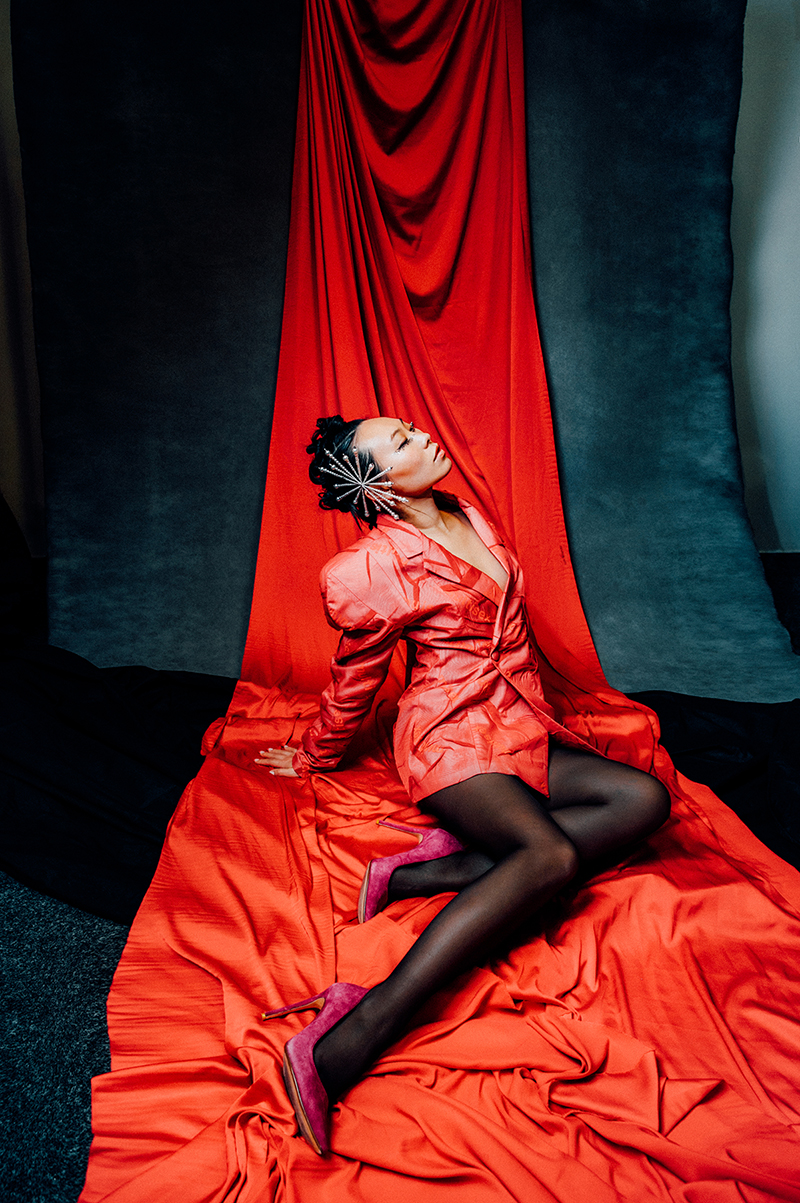 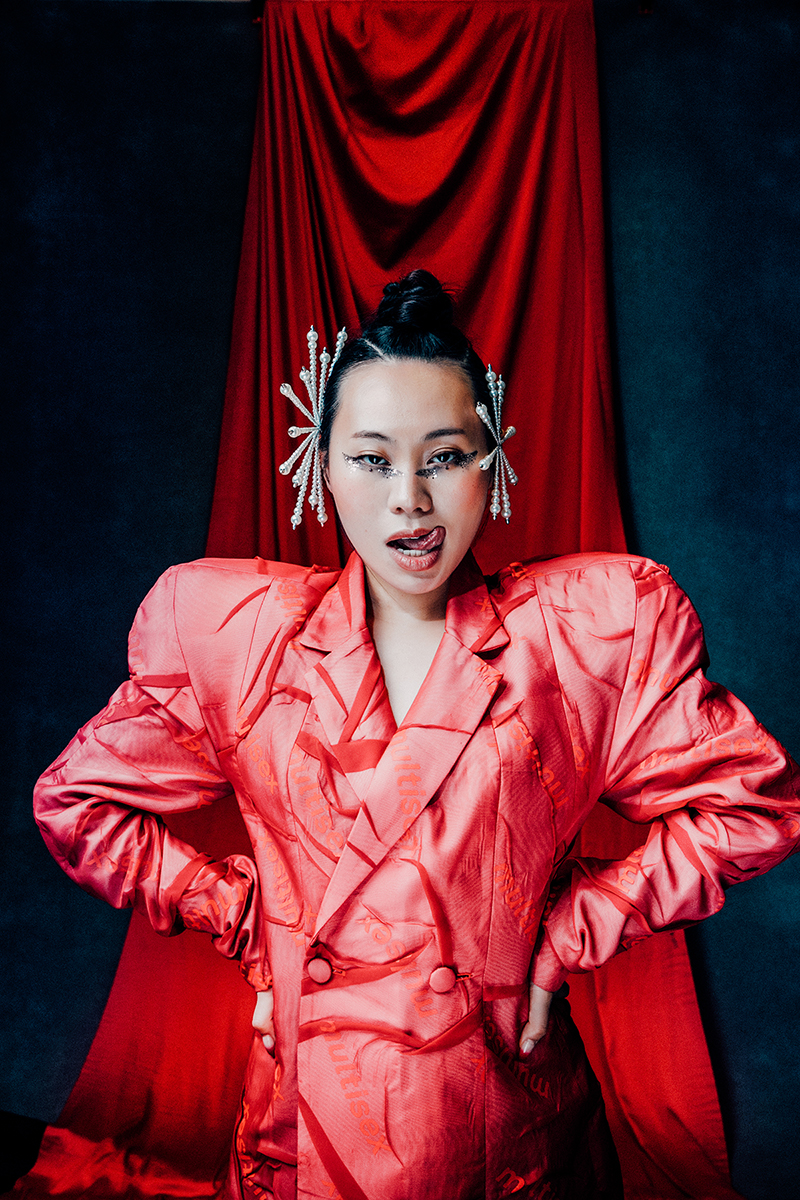