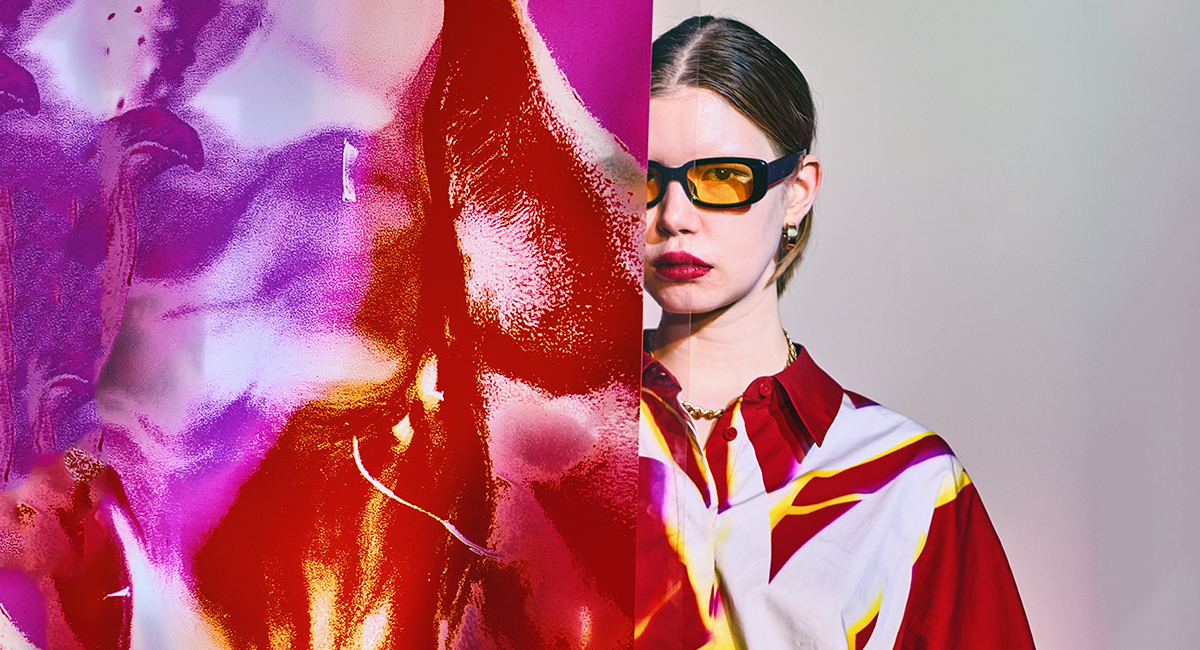 October 20, 2022 – What can be said of the artist Dariia Migalova? Well, she found her talent early on in oil painting and later studied graphic arts at the Academy of Arts in St. Petersburg where she saw success exhibiting her works in numerous shows. Yet, through her own lust for life and a dissatisfaction with the rigid structure of academia, she left the institution in pursuit of a less restrictive artistic environment.

What can be said of the photographer, Dariia Migalova? While in art school, before her time at the academy, she went on a trip with her class and became close with an uplifting professor who introduced her to shooting landscape photography with manual lenses; only, the landscape they’d be photographing was a gulag. After years of documenting that which disgusted her, she’d transition into fashion photography to capture images of the garments she’d designed. Since then, she has seen success shooting editorials and covering events for independent fashion publications, always with a painterly eye. 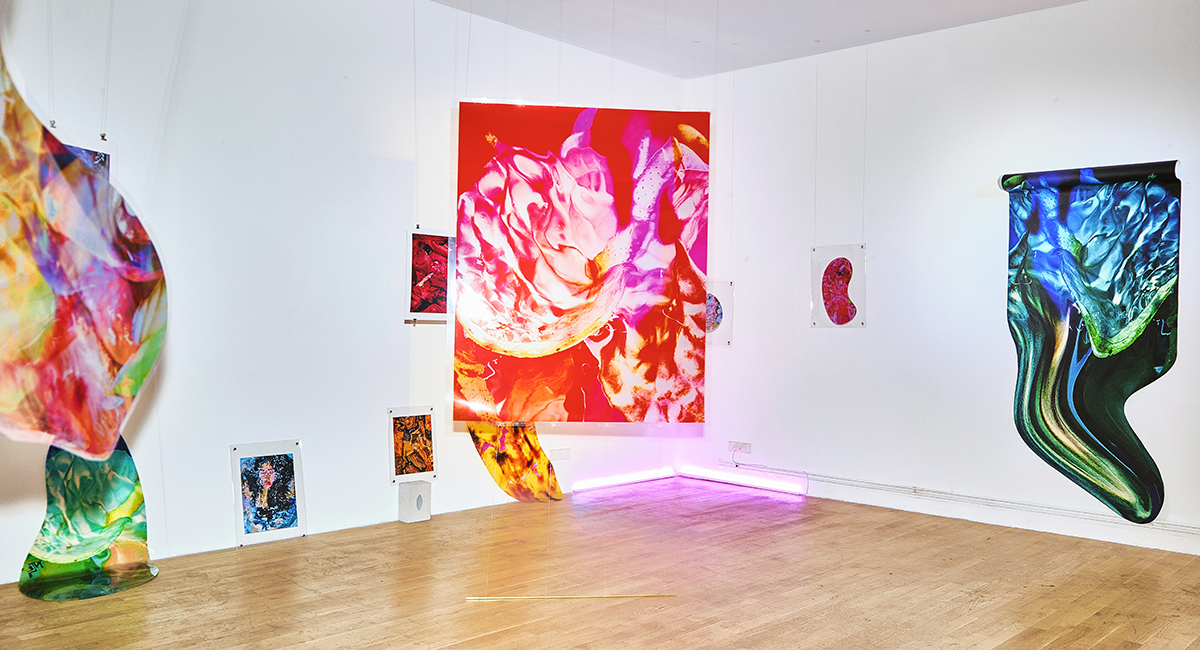 What can be said of Dariia Migalova, the artist and photographer? Not to be overly dramatic, but almost nothing… She is a blank canvas, a full roll of Kodak film with a story ready to write itself. I, however, have been given the honor of writing the introduction to her very first solo exhibition.

New Reflections – the title of Migalova’s debut exhibition says it all. A title which might suit the return of a veteran artist making a comeback later in life, this is the first exhibition in Migalova’s career, and for that reason it suits her even more aptly so. Without revealing too much of the title’s meaning, it is ‘new’ because this is a new side of Dariia we are now acquainted with.

Each of the 18 works or ‘reflections’ have plenty to tell, and what do we associate with newness if not excitement for the next chapter as well as fear and anxiety of the unknown? Because if something is new it should be outside of one’s comfort zone and possess some hint of riskiness or danger – which Dariia represents through the drowning of both her camera and subjects to capture her otherworldly images. 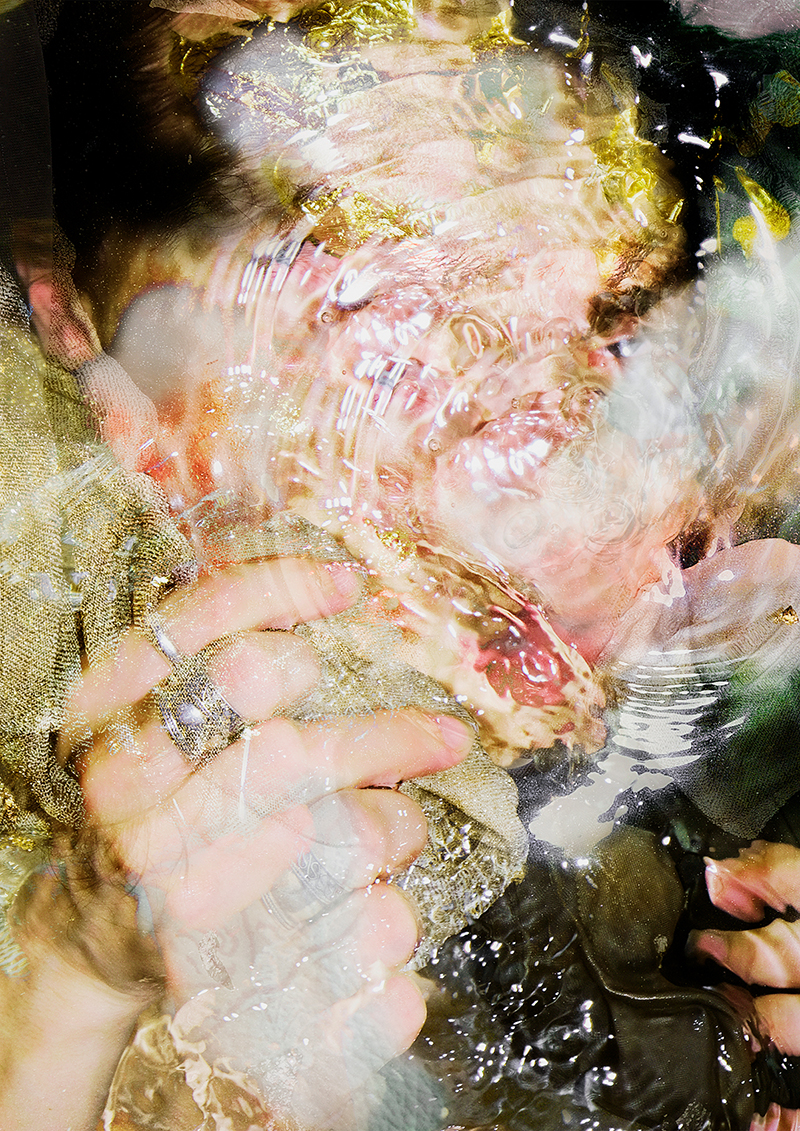 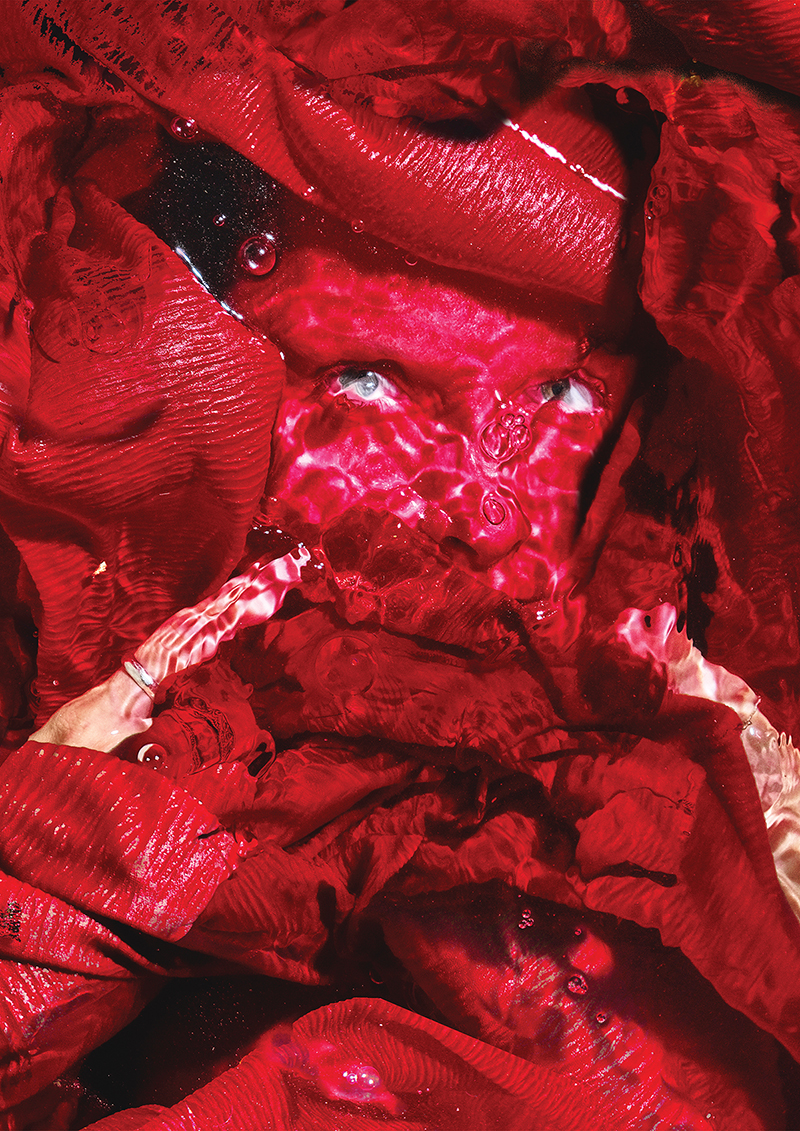 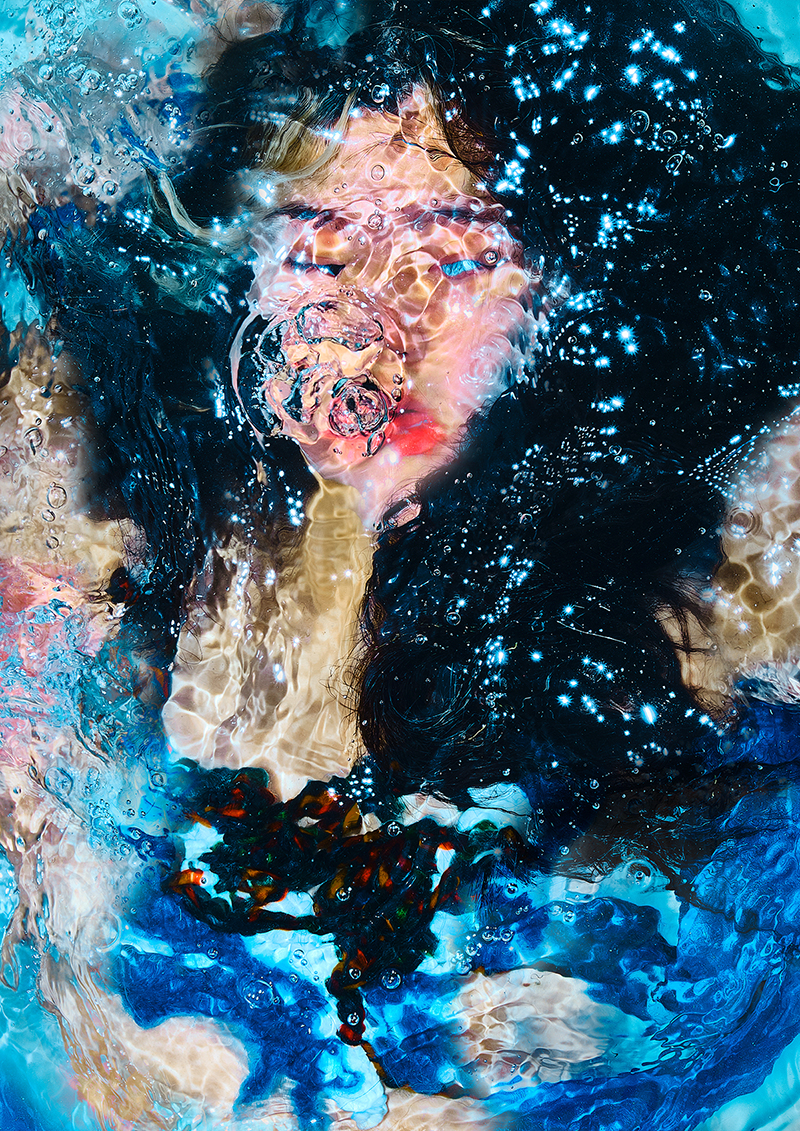 To elaborate briefly on the 18 works in the catalogue, they are all considered part of one photography exhibition, although, in composition, they are technically digital collages made up of Dariia’s underwater photographs. What began as an effort to separate herself from her work in editorial and classical fashion photography became the experimentation of making all elements within a composition the main subject. This later evolved into photographs distancing themselves from themselves, and a questioning of the medium and Dariia’s relationship with it.

In turn, the process of creating these artworks revealed both answers and more questions (as well as an interesting connection to Dariia’s home birth which she can tell you more about). The frames captured were then manipulated in shape, size, and form, and, in some works, printed into plastic blobs which occupy varying perspectives of their surroundings. This blended collage style is, no doubt, informed by her background as an oil painter. When all works are assembled together, an empty room blossoms into the world of textures painted by her lens. Her photography becomes an entirely new environment we enter into.

It is important to note that all the photographs in this exhibition were taken in Berlin, a city both chaotic and free, where souls come to wander about and if they’re lucky, successfully recreate themselves. With New Reflections Dariia has provenly done so, and in conjunction with her self-re-creation, now finds herself leaving Berlin. Though not due to her own accord but, rather, the city is spitting her out. These 18 works capture this metamorphosis of Dariia and serve to document it; as she came to Berlin during a very particular period in her ‘20s, during a very particular time in the world. We see how she took from the city, gave to the city, and is now made to depart. 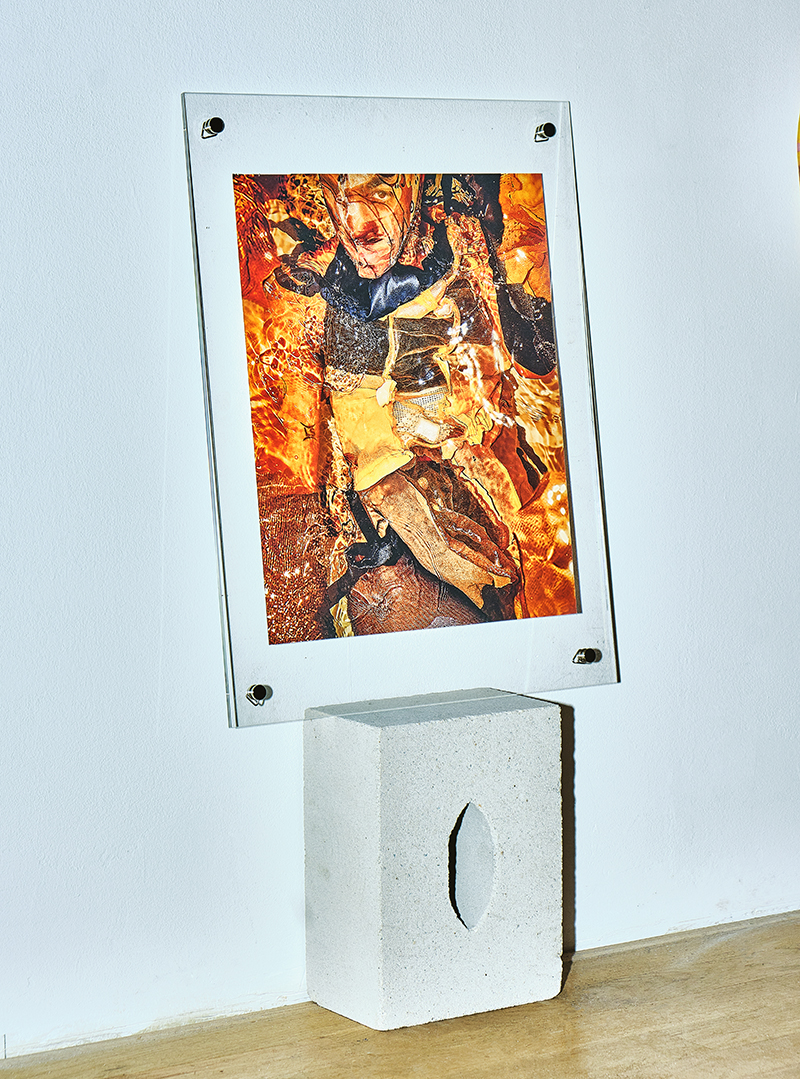 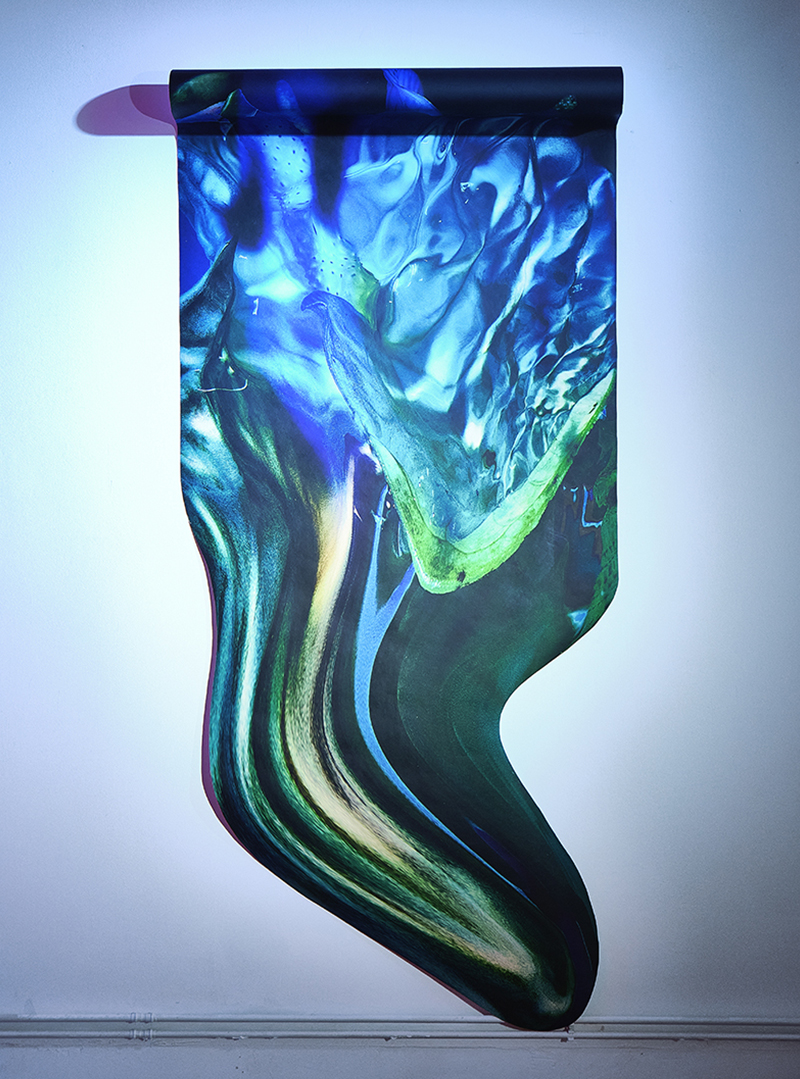 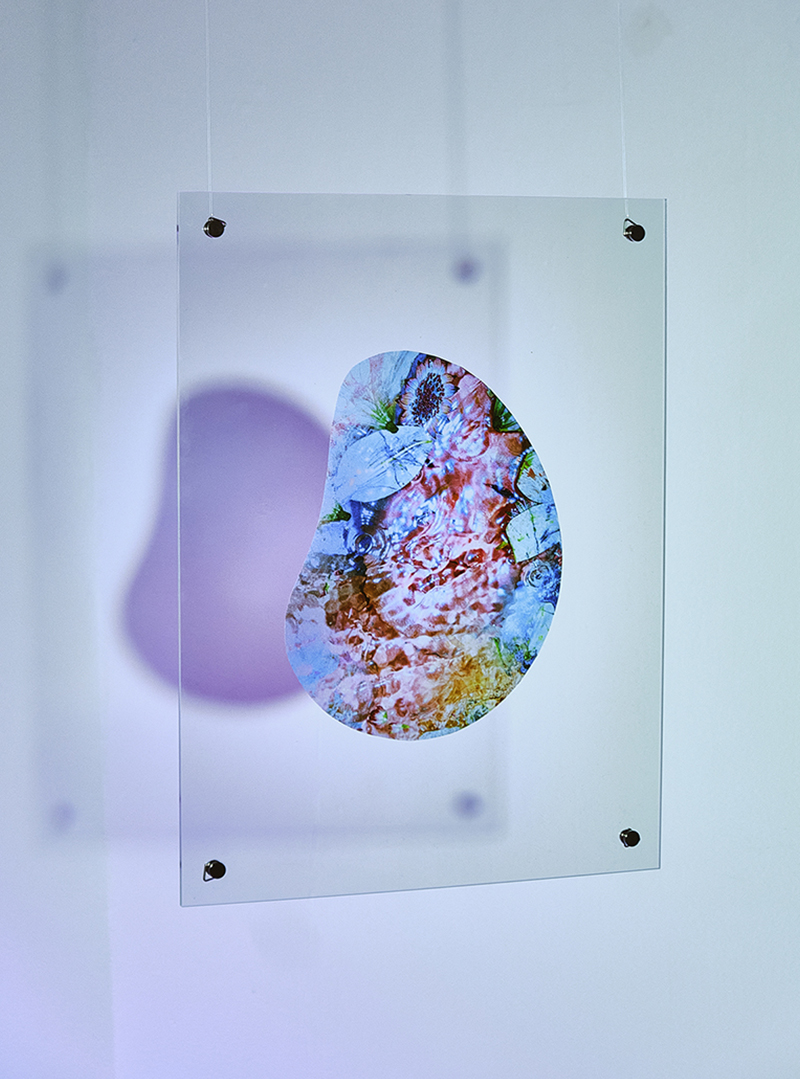 When I first met Dariia, we were accompanying each other to the Louise Bourgeois exhibition at Gropius Baus. As I bid farewell to Dariia and her time in Berlin, it will be at another exhibition, but this time, her own.