Art in Berlin: interview with the director and curator of the Helmut Newton Foundation Dr. Matthias Harder. 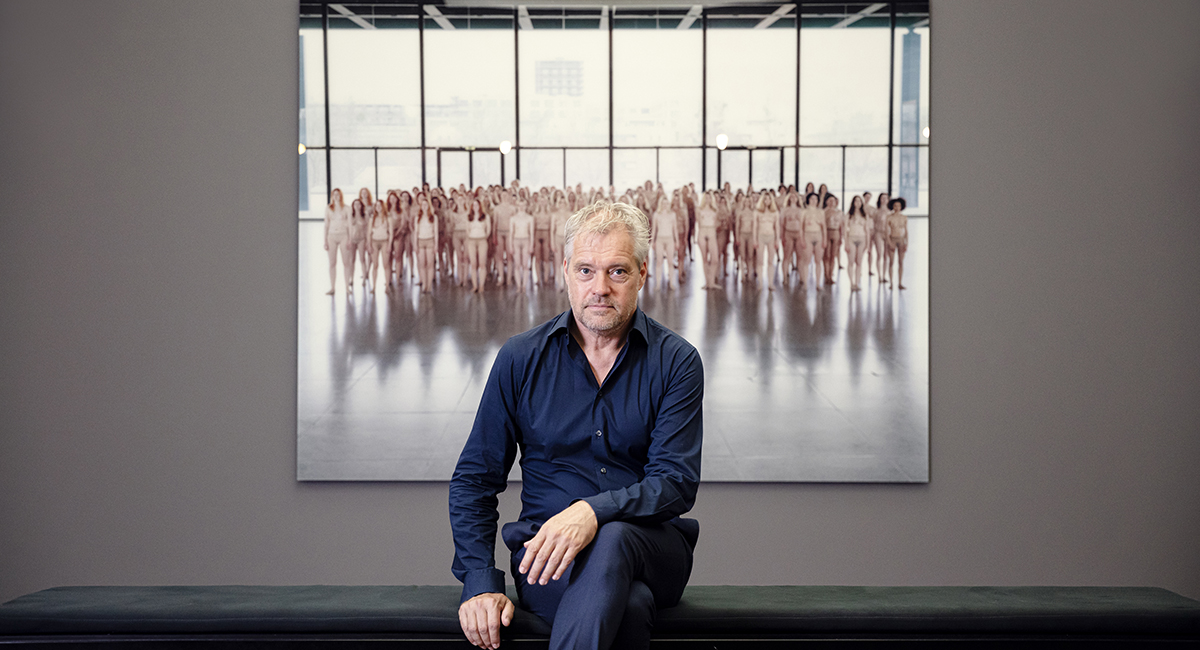 Art in Berlin: interview with the director and curator of the Helmut Newton Foundation Dr. Matthias Harder.

Thank you for taking the time to interview! We are glad to welcome you to PURPLE HAZE magazine. Before asking questions about Helmut Newton Foundation, I would like to know more about you as the director and curator HNF.

Tell us a little about yourself. How did you come to be a curator?

My path was almost classical, but also playful. While still studying art history at the Free University of Berlin, I specialized in the medium of photography, wrote my master’s and doctoral theses on photographic subjects, which was still somewhat exotic at the time, in the 1990s. In 1995 I started organizing parallel photo exhibitions in Berlin at the Neue Gesellschaft für Bildende Kunst (NGBK), and I opened an off-space in Berlin for all artistic media, with a focus on installation art. In 2000 I became guest curator at the Munich Photomuseum and co-curated the retrospectives of Herbert List and Stefan Moses, which subsequently toured internationally for years, which I partly accompanied. Afterwards I directed an art association near Hamburg for almost two years, then in early 2004 I joined the Helmut Newton Foundation, which had just been founded by Newton in Berlin – and stayed until today. 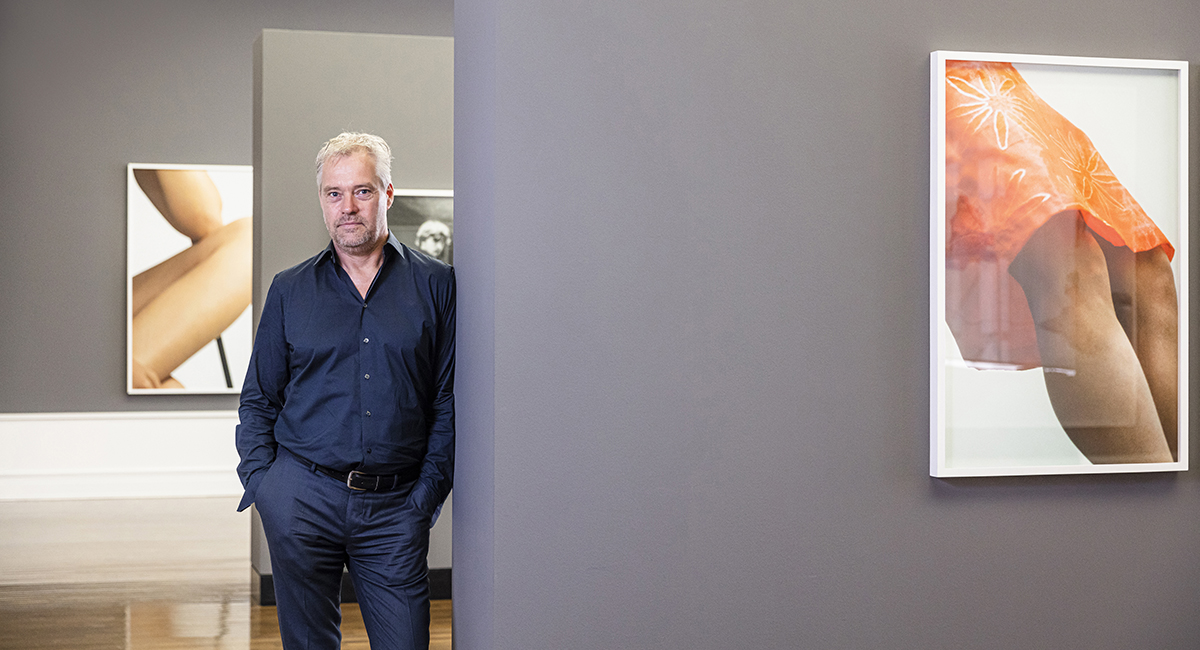 When did you first encounter the work of Helmut Newton?

I was already interested in photography as a teenager, I took photographs myself, I had my own darkroom – and it was also the time I encountered Newton’s great works, almost automatically. Thus, I bought the two Newton publications „Portraits“ and „Big Nudes“ relatively early, of course without suspecting that I would later get to present his original photographs in many international exhibitions and write about them.

Personally, do you have a favorite work HN and why this particular work?

It’s probably hard for anyone to name favorite works by Helmut Newton, because he created so many extraordinary and iconic images and shaped our visual collective memory as few other colleagues have. Personally, of course, I know far more of Newton’s photographs than the average exhibition visitor, as I have been working intensively with his archive, which is housed in our foundation, for the past 18 years. If I had to pick just one motif from his three main genres, however, I would name the double portrait of David Lynch and Isabella Rossellini from 1988, because it psychologically congenially condenses the ambivalence of their relationship, and „Arielle after Haircut“ from 1982, because it is one of the most sensual pictures I know, and „16th Arrondissement“ a fashion photograph for French Vogue from 1975, which looks like a snapshot, but as always was perfectly composed and staged by Newton, with the two models also playing their roles magnificently. 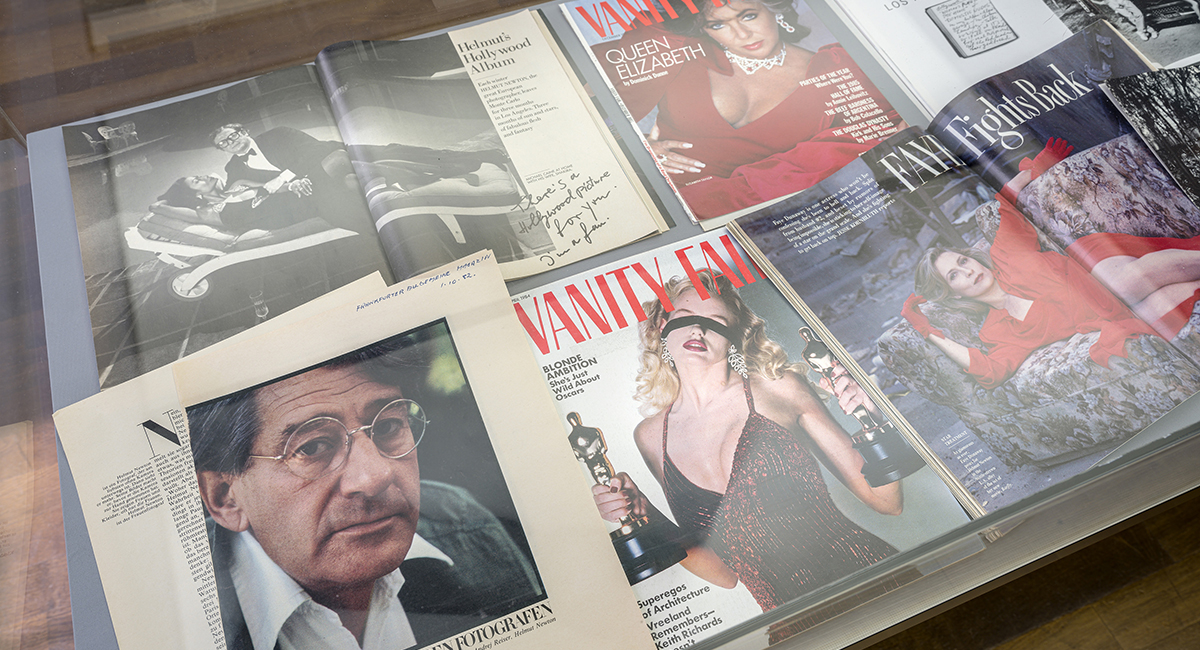 „Someone’s photos are art. But not mine. If they are ever going to be exhibited in a gallery or museum, I don’t mind. But that’s not why I make them. I am a gun for hire!“ What do you think is the uniqueness of Helmut Newton’s works?

Newton explored the possibilities of the medium of photography like no other and transcended genre boundaries, first and foremost with his fashion stagings in timeless elegance. Innovative in all aspects of his work, Newton became famous for his spectacular photographs of clothed and unclothed women, with which he also succeeded in pushing existing taboo boundaries. The countless publications of his fashion and nude photographs in the most renowned international magazines also reflect the changes in the social role of women in the second half of the 20th century in the Western world. In Newton’s work, it is often unclear where reality ends and staging begins; everything becomes a confusing game of power and seduction. With his sometimes radical, but also subtly elegant images of women, Helmut Newton was often ahead of the zeitgeist – and at the same time helped to shape it for decades.

What brought you to the Helmut Newton Foundation?

We met in Berlin in December 2003, arranged through a mutual acquaintance, and we had a very good talk for hours. Newton told me about his plans for the foundation and, at the end of the conversation, asked me if I would like to lead the foundation as a curator – I instantly agreed.

HNF was established in 2004. How has the art market changed since that time? What difficulties are gallery owners, artists, photographers experiencing in Berlin at the moment?

When we opened the Museum of Photography with a double exhibition in June 2004, a very lively art and photography scene was also established in Berlin at the same time. Since then, many artists have come to the city – and stayed. But in the meantime, it has become increasingly difficult to find affordable studios or gallery space here as well, and many gallery owners have moved within the city, some have even given up entirely; the whole scene is on the move. There are still many creative niches to make and offer art, at every level, and Berlin’s blue-chip galleries like Max Hetzler, Esther Schipper, Johann König, neugerriemschneider or Sprüth Magers are still finding enough customers.

How are museums connected with the art market?

In Germany, this connection is only indirect. Of course, the most important works of art in terms of art history ultimately end up in the museum, but few institutions have a decent acquisition budget and go shopping in the renowned galleries. Instead, paintings, drawings, photographs, sculptures, or installations are often acquired by museum circles of friends and private collectors and then donated to the museum collections. 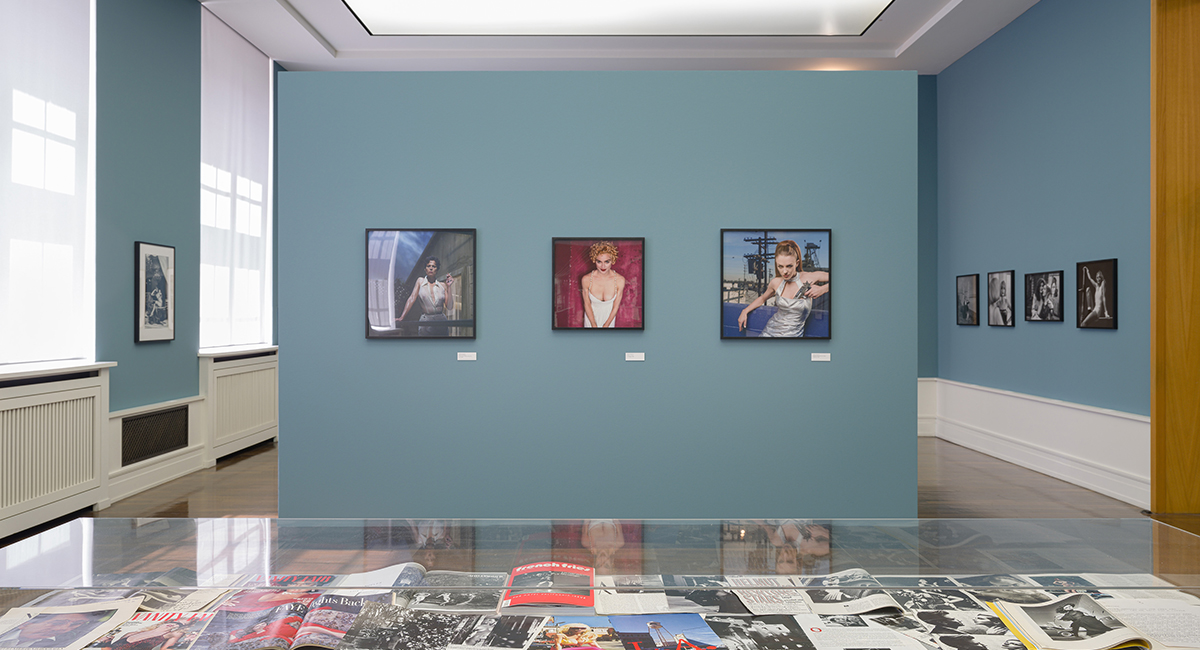 Berlin is considered the artistic capital of Europe. Is this really the case? What is the difference between Berlin’s art spaces and similar venues in other art cities, such as London or New York, for example?

The art and culture scene in Berlin has been incredibly diverse for years, it’s a unique, great mix of high and low. But it’s similar in Paris, London and New York, I wouldn’t want to define a ranking here.

Hollywood is a brand and a myth, for decades an illusion machine without equal, not only when the Oscars are awarded in spring. The exhibition at the Helmut Newton Foundation traces the fascination of Hollywood. We see the stars, official and private, the villas of the rich and beautiful or film-loving tourists as well as numerous secondary motifs. Our group exhibition looks back 100 years by means of more than 200 exhibits, and yet it is highly up-to-date at the same time. It is a tribute to the slowly fading splendor of an entire era, in which cinematographic storytelling continues with photographic means. 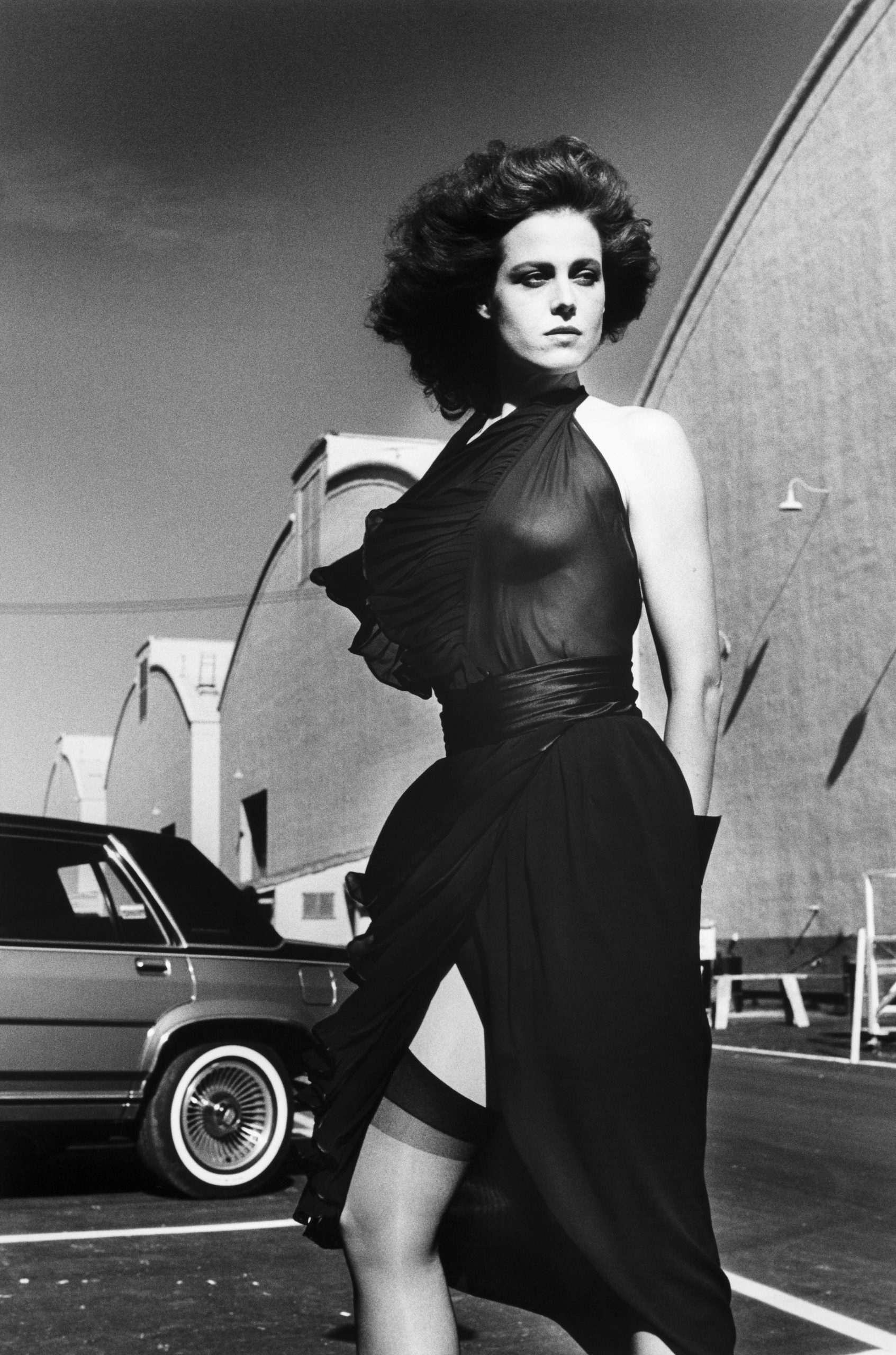 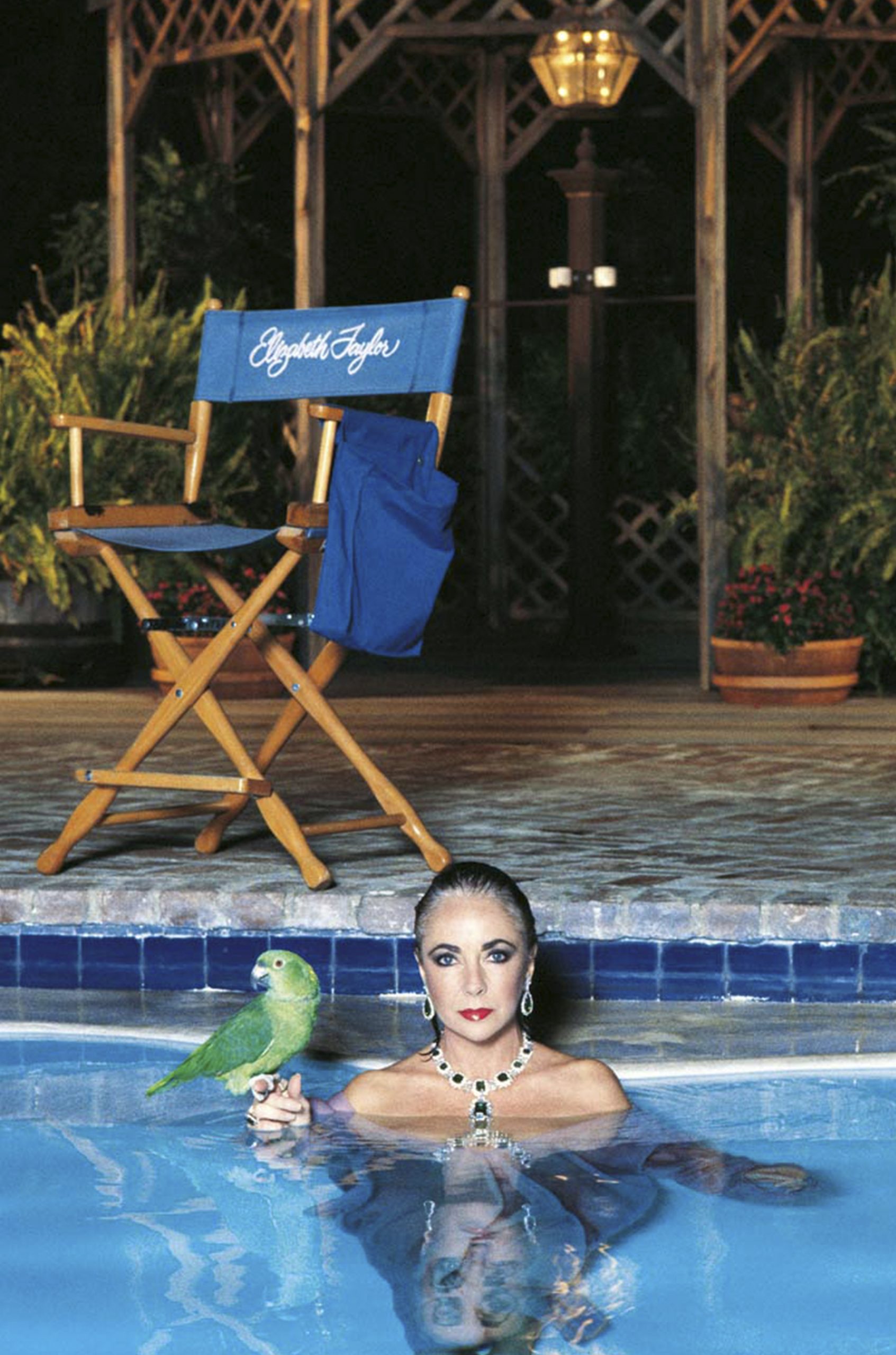 How was the work on the preparation of the exhibition?

I love the whole developing process of such an exhibition – from the first idea, the compilation of possible photographers and their works, at first only in my head, the contact with the artists or the estates or galleries representing them, the imaginary combination of the concrete loans – up to the placing and hanging of the exhibits. Such a process usually takes more than a year – and so I am also engaged thoughtfully with the next exhibition and the one after that at the same time.

As a curator, what did you note for yourself at this exhibition?

I’m very pleased with the way the individual groups of works in our exhibition rooms harmoniously fit together, or contrast with each other in an exciting way. I have brought together the most diverse aspects in the Hollywood exhibition, from the very early vintage PR shots of the stars by Ruth Harriet Louise for MGM in the 1920s to the film set shots of „The Misfits,“ taken in 1960 by all the members of Magnum at the time, to the large-format documentation of the porn film production „The Valley“ by Larry Sultan in the late 1990s, which, as you know, is being made parallel and virtually next door to the big Hollywood productions. In addition to all the glitz and glamour of the Hollywood stars, we also encounter other dark sides of the film city Los Angeles, for example in the unsparing portraits by Michael Dressel or the photographic road trip „L.A. Crossing“ by Jens Liebchen, which also deals with the numerous homeless people in today’s metropolis. 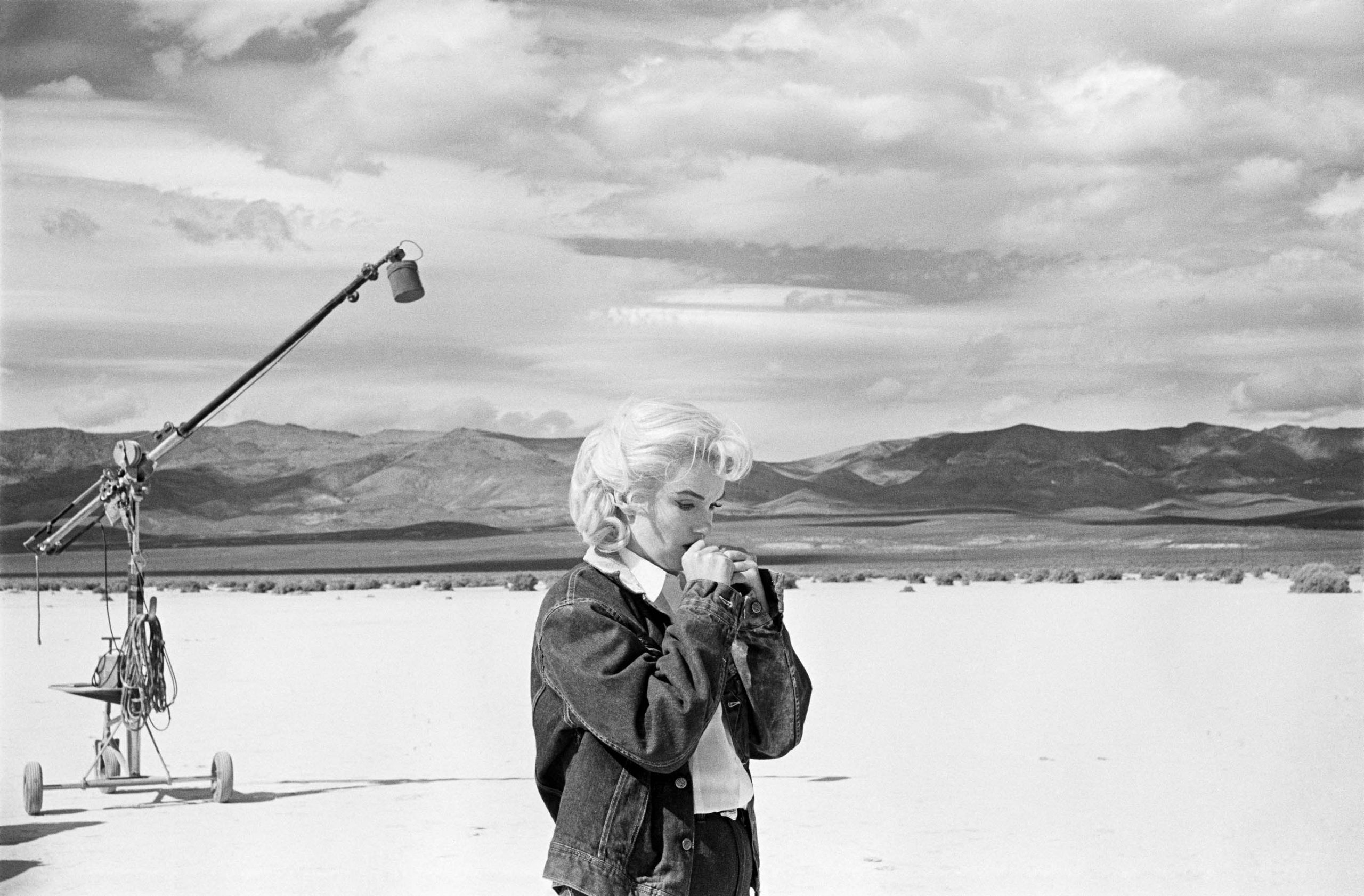 Marilyn Monroe going over her lines for a difficult scene, The Misfits, USA 1960, copyright Eve Arnold and Magnum Photos

Why is it worth visiting the „HOLLYWOOD“ exhibition?

There has never been an exhibition like this before. The starting point and reference point for such group presentations in our museum is always the work of Helmut Newton, who portrayed numerous celebrities in Los Angeles, in and around Hollywood, for each and every one of whom Newton developed an individual scenario, thus creating magnificent psychological portraits. Anyone who is even slightly interested in cinema or the relationship between film and photography should see this exhibition. By the way, for all those for whom the way to Berlin is too far, we also offer guided VR films of our exhibitions on our website.

What are you, HNF, aiming for in the future?

I have many interesting exhibition projects in the drawer, I can promise you that; they always deal with the re-contextualization of Newton’s work. Specifically, I am preparing for the winter of 2022/23 with „Helmut Newton. Brands“, a presentation of his commercial photography; most of the motifs are completely unknown to the majority of visitors. This will be followed by a retrospective of the work of June Newton, a.k.a. Alice Springs, on the occasion of her 100th birthday in June 2023. The exhibition will also be shown in other locations, as well as the Newton exhibitions we have just organized in Belgium, Spain, Monaco, Australia, Austria, and Italy. In parallel I take care of the editing of newer and older Newton publications. Through these activities of our foundation Helmut and June Newton and their great work remain alive internationally – and I am very happy about that. 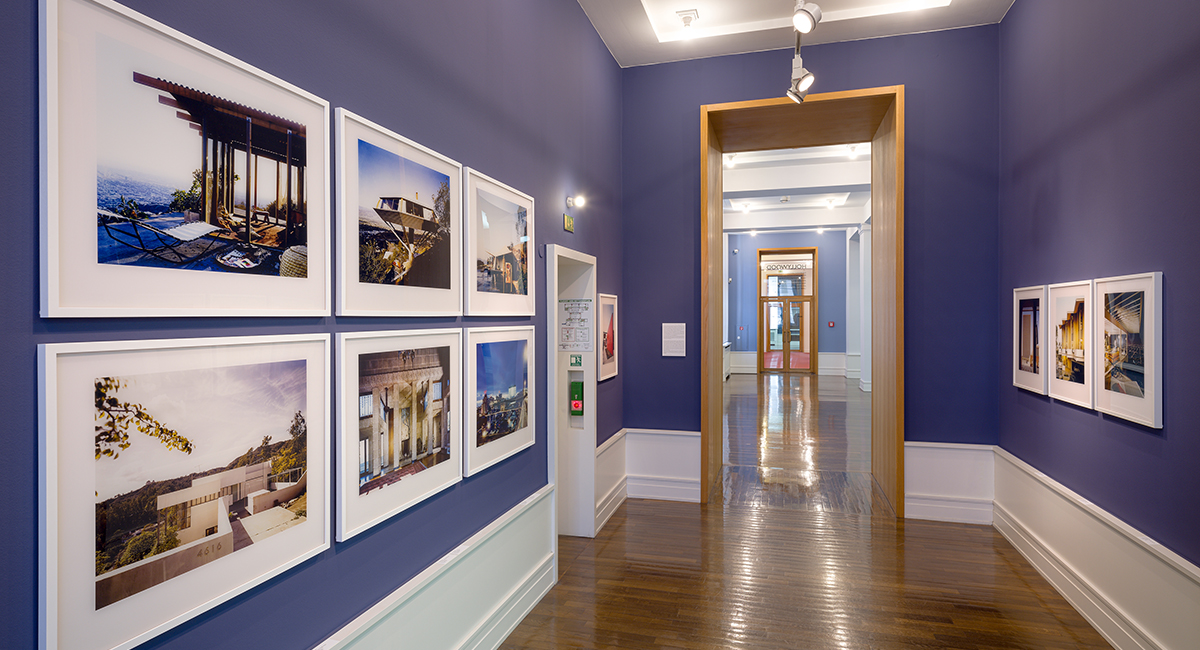