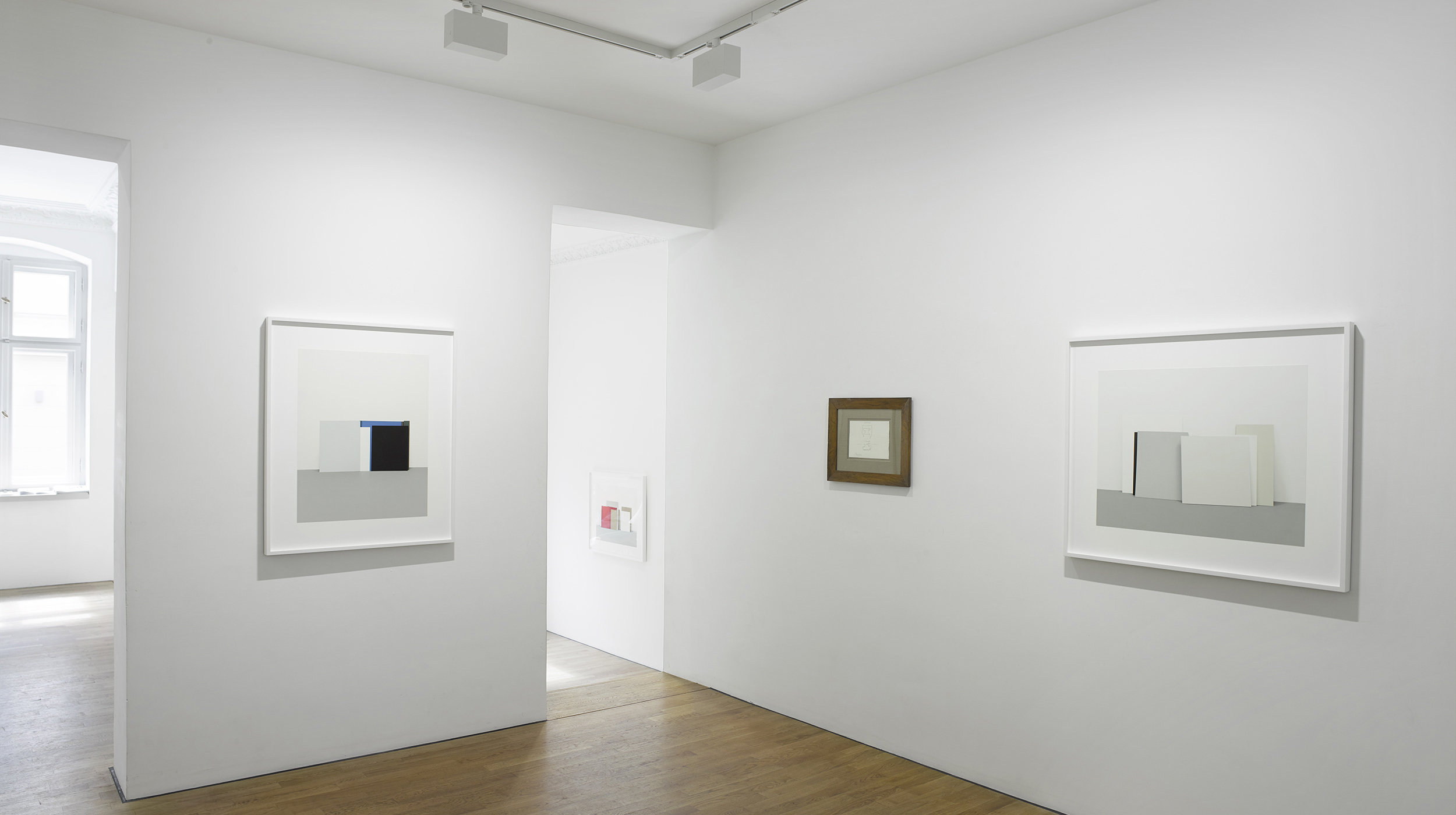 Thank you for taking the time to interview! We are glad to welcome you to PURPLE HAZE magazine. Before asking questions about gallery, I would like to know more about you as the director and founder of the gallery.

Tell us a little about yourself. At what point did you become interested in photography? What inspired you to create a gallery?

There certainly were numerous factors that led me to open a gallery. First off, certainly, my upbringing. My parents are enthusiastic art-collectors, their collection is institutionalized in a foundation and publicly accessible in my hometown of Freiburg. I grew up in a constant conversation about art, surrounded by art, and in a very open household that always hosted guests, artists, curators, musicians, thinkers, publishers. 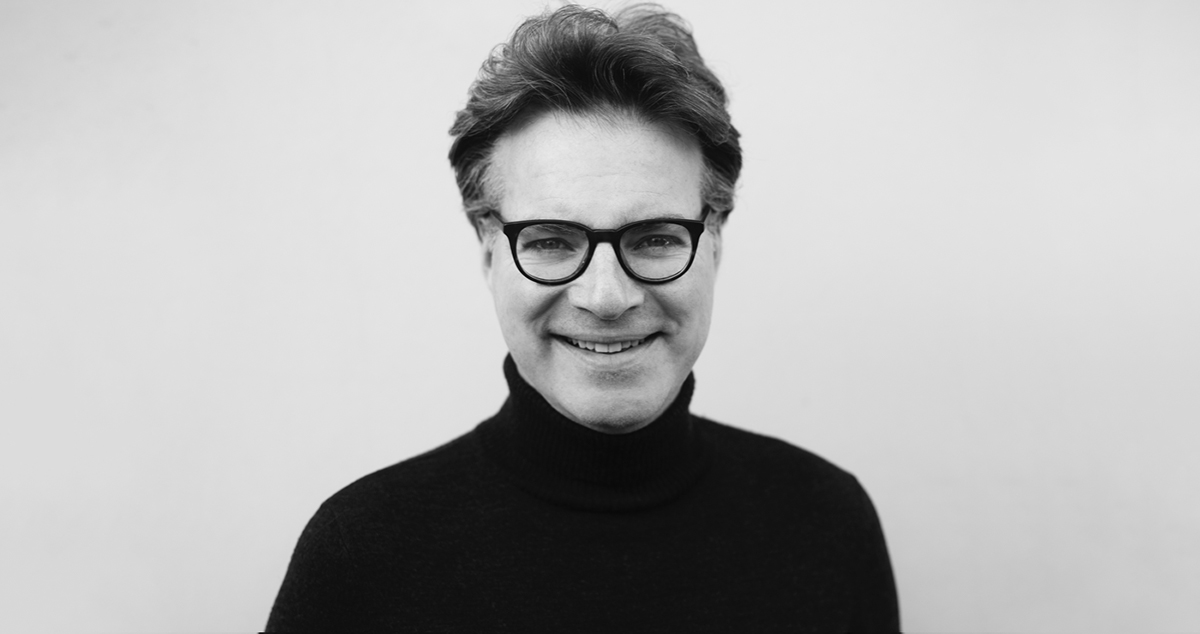 I then went on to study at Hamburg University to become a journalist. Part of my studies was the History of Art, and it is there that I first learned about the history of photography and started reading photography theory. Photography was the one thing my parents did not collect, so naturally, I took an interest. Maybe because it was a field that allowed me to make my own discoveries. I started to look at photographic prints and eventually started collecting in a very modest and humble way. I noticed at the time – we are talking about the late 1990ies and the early 2000s – that photography galleries in Germany mostly offered vintage, black&white material. In order to look at young, emerging contemporary work, I had to travel.
In the following years, I met a lot of photographers who would become friends. I worked as an editor for different magazines and newspapers and ended up working for TV. That was a frustrating experience. I found myself in a dead-end. It was 2003, I was 32, living and working in Hamburg, when I decided to follow my passion for photography and I opened the gallery in spring 2004. In the beginning, I envisioned more of an exhibition space than a commercial gallery. I started exhibiting the work of friends in a small former storefront. But the shows we curated eventually received more and more interest and I started to professionalize and commercialize the program. Three years later, in 2007 we had our first artfair participation in Miami. Just two years later, 2009, we had our first participation in PARIS PHOTO and have been returning as exhibitors every year since then. In 2015, in order to meet a more international audience in our own space, I decided to move the gallery to Berlin. 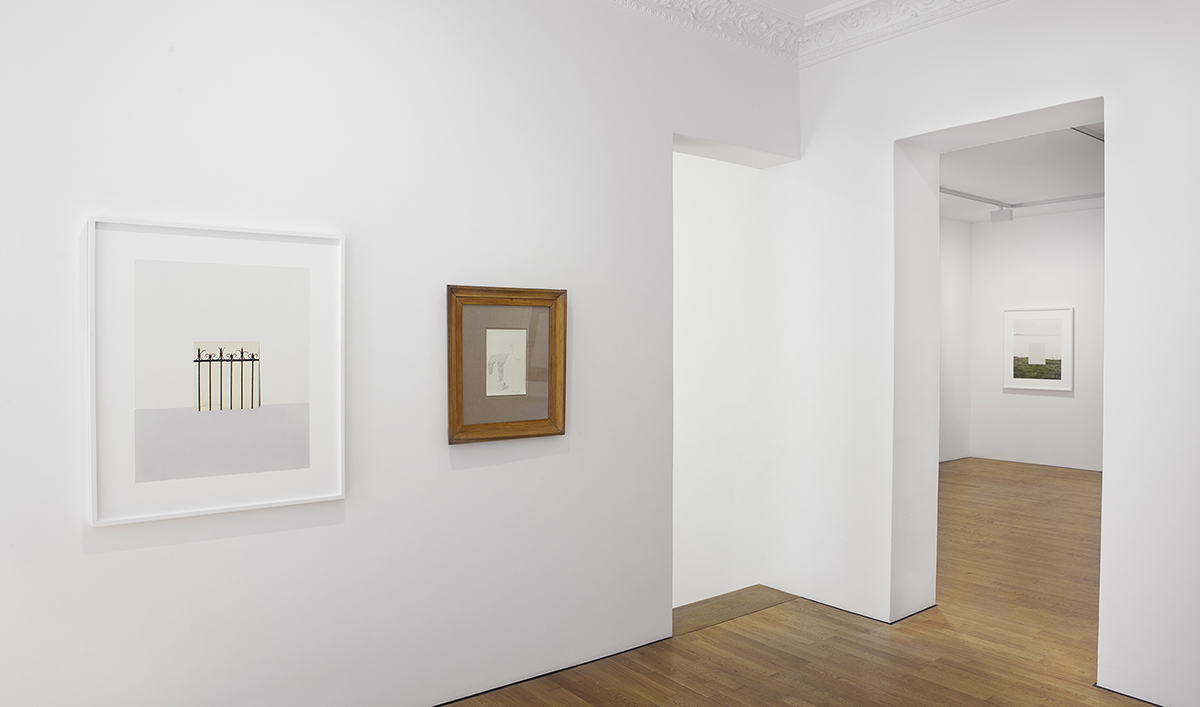 Please tell us about the concept of the gallery. How does the selection of photo artists take place? How was the visual language of the gallery created?

As I mentioned before, at the time we started, most photography galleries in Germany offered vintage, black&white material. I wanted to create a program that focused on young, emerging positions in contemporary photography, a space for discoveries. The program very much followed my own interest. I was never interested in photography as visual design, we never showed fashion photography for example, or digitally created imagery. My interest in photography comes from looking at people like William Eggleston, Lee Friedlander, Steven Shore or Robert Adams. Other key figures that formed my vision were Arno Fischer and Sibylle Bergemann. There’s a famous quote by Arno Fischer: „A picture of a bus stop must be more than a picture of a bus stop!“ That is to say, my program was always interested in the photographic perception of the world, but also in the author’s commentary. So the program, I would say, it’s very much based on documentary photography. But especially since moving the gallery to Berlin, I have found myself opening up to photography‘s conversation with other media. Some of the artists we work with now create collages, drawings, sculptures – today I consider the gallery to be more a gallery for contemporary art than a pure photography gallery.

When selecting authors, do you focus on personal preferences or is it an understanding of collectors‘ requests? Is it possible to combine both?

I certainly hope that it is possible to combine the two! I would like to think that after almost 20 years of running the gallery, collectors and clients have learned to trust our judgment when selecting a new position. Gallery work to me was always more about sharing my enthusiasm for an artist then trying to meet the market’s requests. 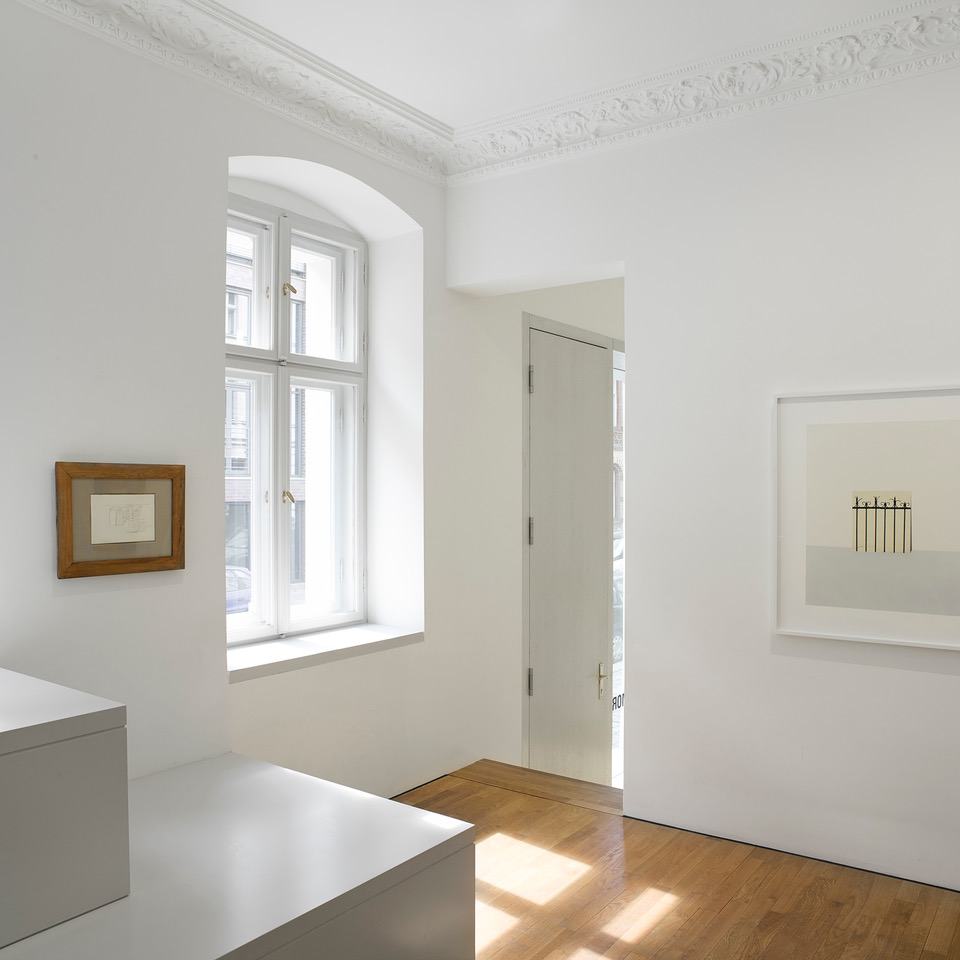 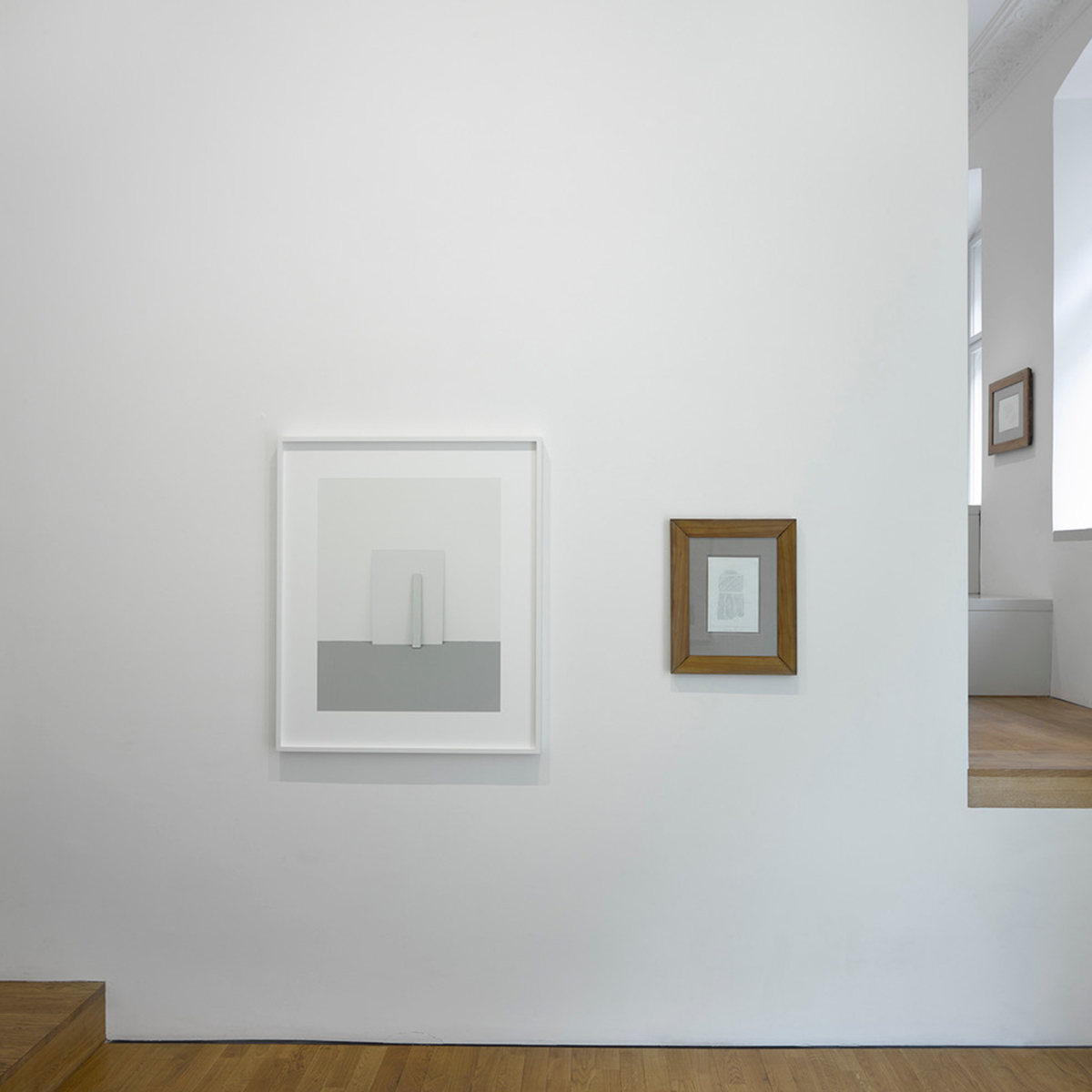 At what point, in your opinion, was the adoption of photography as an art form?

What influence has photography had on the development of modern art?

When the French painter Eugène Delacroix saw the first heliography in the late 1820ies, he famously exclaimed: This is the end of Art! History has proven him wrong. On the contrary, the accurate representation of the world through photography has freed painting from the need to be realistic. Film, developed from photography, has become the most important art form of the modern age.  So the influence of photography not only on Modern Art, but on the way we communicate today, can not be overstated. 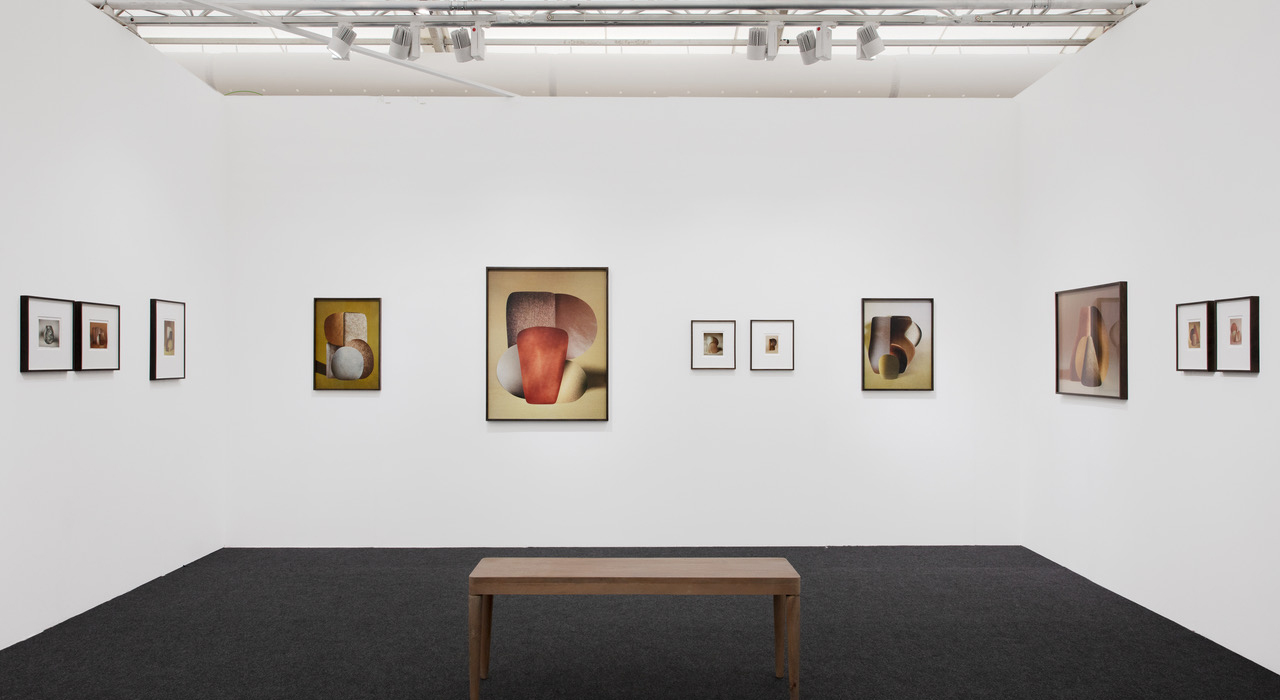 Robert Morat Galerie was established in 2004. How has the art market changed since that time? What difficulties are gallery owners, artists, photographers experiencing in Berlin at the moment?

The art market has always been a very volatile market, following economic cycles. When we started out in 2004, the stars of the Becher School, Andreas Gursky, Thomas Ruff, Thomas Struth, Candida Höfer broke through internationally. Contemporary photography out of German was in high demand all of a sudden – we were lucky to start out in that environment. The years 2005, 2006, 2007 saw a strong high point of international art dealing. But just 12 months later, November 2008 saw the Lehman Brother’s crash and the international fiscal crises that the implosion of the American housing market caused. The following years, 2009, 2010, were difficult, many galleries closed, the market was down. But eventually it picked up again. Gallery owners and artists always had to deal with that volatility. Or take last year, we had just come out of two pandemic years, the market just started to pick up when Russia started it’s criminal, shameful war in Ukraine. It felt like somebody pulled the plug. All sales stopped on February 24. What followed was another difficult season. But then in fall, things came around, the market picked uo again, the winter season was extremely successful. It feels like a rollercoaster ride mostly. 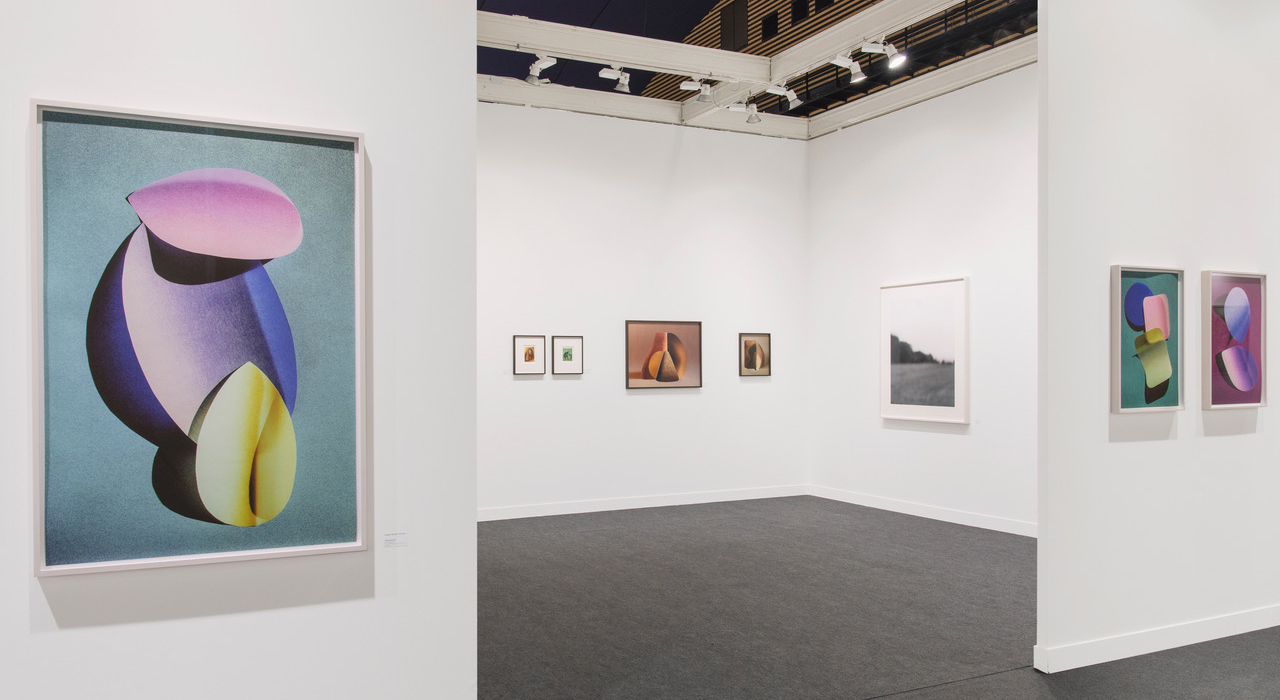 Works by Jessica Backhaus, Hannah Hughes and Bill Jacobson at our booth at PARIS PHOTO 2022

Berlin is considered the artistic capital of Europe. Is this really the case? What is the difference between Berlin’s art spaces and similar venues in other art cities, such as London or New York, for example?
Besides these global economic influences on the market, the situation here in Berlin is today mostly difficult because of the real estate market. Berlin built it’s reputation as an international center for the arts mostly because of the artists who came here to work because they were able to find affordable studio spaces here. The same is true for all the new interesting exhibition spaces and gallery projects. Real estate prices that by now have reached the levels of Paris or London make that more and more difficult.
On January 13, the Robert Morat Galerie hosted the opening of the exhibition “Artefakte und Modelle” by Lena Amuat und Zoë Meyer. Please tell us more about the exhibition.

Lena Amuat & Zoë Meyer are a Swiss artist duo, the latest addition to the gallery program. „Artefakte und Modelle“ is their first exhibition with us, a series of still life studies. The project is a collection of objects that embody the human struggle for knowledge. Over twelve years in the making and numbering hundreds of images, the project inventories the models, artifacts, natural specimen and teaching objects that the two women have unearthed traveling to search through the archives and collections of European universities and natural history museums. Dutch art historian Flor Linckens calls it “a series of enigmatic and decontextualized objects that are given a new life” and in her review of the work she writes: “Elements from science, advertising, religion, art and nature are isolated and combined effortlessly in what could be described as encyclopedic cabinets of curiosities. In the work of Amuat and Meyer, the past and the present enter into a new relationship.”

What are you, Robert Morat Galerie, aiming for in the future?

To stay on board the rollercoaster a little longer!

The exhibition “Artefakte und Modelle” by Lena Amuat und Zoë Meyer will be held at the Robert Morat Gallerie until February 25, 2023.